Traditional Sephardi Garments, just like traditional food and the Ladino language are among the cultural characteristics passing over the generations among the descendants of Spanish expellees. These days, those who can prove that their families were expelled from Spain or Portugal are entitled to Portuguese citizenship and passport.

Dreaming about a European passport? The law firm of Cohen, Decker, Pex, Brosh specializes in helping the descendants of Sepharadic Jews obtain a Portuguese passport, an EU member state. In our website you can find various informative articles on the history and customs of the expellees. These articles, written thanks to research conducted by Jonathan Gavrielov, can help you familiarize with your link to the expelled families, and prove your eligibility to receive Portuguese citizenship. 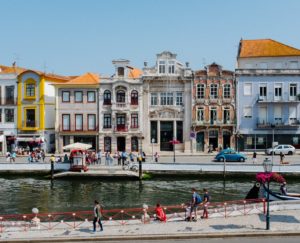 The clothes of the Moroccan and Algerian communities were influenced by the European dress style of the Spanish Renaissance, as is specifically noted in the women’s dress. In Morocco, each city had a different and characteristic attire style. In Fes, Rabat, Tetouan and other cities of the north the women would wear the “big dresses”. Large rounded curls, made of braided golden ribbon, were embroidered on the dress vest and edges. The sleeves would reach loosely almost to the wrists. The brides would wear the dresses in their wedding canopy together with a long, gold-embroidered cap, attached with white muslin.

These are examples of preservation of the ancient Sephardic tradition that also manifests the difference in colors and styles among the cities. The Jewish Moroccan men were obligated to wear black, as per government orders since the 12th century. Their city attire was Zellaba – a black, European-style cape. Underneath it, they would wear a white buttoned jacket called Zokha. In comparison, the Moroccan Zellaba in the villages was open to the sides and worn across one shoulder. Another difference between the urban and rural Jews was the head cover for men. In the rural south, it was a simple fabric kerchief, while in the urban north they were obligated to wear a Sheshiya, a sort of high yarmulke.

The men in Algeria would wear an everyday small black wool hat or turban, broad breeches, a shirt and a black vest. Over the vest they would wear a black cloak called Burnous. In holidays, the Burnous would be white. The Burnous would spread down from the shoulders along the back up to their ankles. As Jews, the men and women were not allowed to wear proper shoes, and the authorities only allowed them to wear black slippers. The women would wear exceptional hats called Carma. It was a long metallic cone with a colorful long fabric wrapped around it, reaching almost to the woman’s heels.

It is highly important to receive a recommendation from the Jewish community in Portugal, which may be obtained by the candidate’s proof of traditional Sephardi clothes in their family. This is a crucial stage in the process of proving Portuguese citizenship eligibility.

Sephardic Garments in the Ottoman Empire

The attire of Jewish community members in Turkey was traditional, religious and emphasized modesty for men and women both. The women would cover their heads with a Tokador hat and usually pin the edges with golden pins. These pins also served as social status symbols. The men would wrap a Kavase cap over their heads. Unlike the local population, their Kavase was higher and more embroidered, and also matched the colors of the Entari – a cloak worn over the Jubba rub.

Until the early 20th century the Entari was worn by both men and women and made of silk. The main difference in Entari between men and women was that the women had lower necklines, exposing their internal attire, while men had collars. Another type of cloak worn by Jews across the Ottoman Empire was the Bey, which was usually black, made of wool, with gold and silver embroidery along the edges and collar. The golden embroidery is the symbol of the Sephardi dress tradition.

If you have evidence that your ancestors were among those expelled from Spain or Portugal – such as photographs or remaining traditional Sephardi garments, Ladino speakers in your family, traditional Spanish prayers or religious paraphernalia – and are able to get proof such as Rabbi’s confirmation from a recognized Jewish community, call us for assistance. Schedule an appointment with an attorney in Petah Tikva or Jerusalem to receive legal assistance and advice.