The Greek Jewry was known in the Middle Ages for its rabbis, thinkers, and leaders. For generations the Greek Jews of Salonica preserved their names, learning traditions, prayers, and Sephardic legal rulings, just as they had been in the great Jewish seminaries of Barcelona, Cordova, Toledo, and other cities from the Sephardic past. Thus they inherited the immense Spanish Jewish culture, rich in learning, literature, rulings of Jewish law, commerce, and wealth.

If your family came from Greece, you may have an historical connection with the expellees from Portugal and Spain! The law offices of Cohen, Decker, Pex & Brosh specialize in obtaining Portuguese passports for descendants of these expellees, providing citizenship in the European Union as well.

Expellee communities in Greece – the Greek Jews of Salonica:

In 1492 throughout Spain, it was publicly announced that all Spanish Jews would have to leave the country within a few short months. About 20,000 Jews chose to emigrate to Salonica, Greece, which was then coming under the control of the Ottoman Empire as it took power in the Middle East. The small local community of Jews, which had existed in Salonica since the days of the Christian gospels, and is mentioned by the Apostle Paul in the New Testament, was swallowed up entirely by the huge wave of settlers from the Iberian peninsula. The Greek Jewish community would eventually come to symbolize the peak of the Sephardic community economically, culturally, socially, and religiously, in Greece and throughout the Jewish world.

Salonica Jews’ contribution to the region: 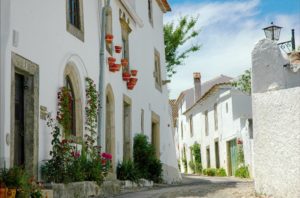 The Jewish expellees’ arrival in Salonica turned the city into a thriving commercial and maritime trade center. Spanish Jews were intellectuals and artists with experience in textiles, painting, cartography, medicine, banking, weapons manufacturing, diamonds, and more. Moreover, the first printing press in Salonica was built by the Salonica Jews in 1520. As a result of the Spanish Jews’ successful integration in the 16th century, they rose to prominence in most professional spheres. An outstanding example is Don Yosef Nasi, a renowned banker and diplomat in the Sultanate court, who served as the “court Jew” – a moneylender to kings and nobles in medieval times, a position for which he would receive social privileges or be granted an official status of nobility.

Don Yosef Nasi was appointed by the Sultan to take charge of Tiberias, in the Vilayet of Syria. The intention was to bring Jews to settle there and elevate it to an industrial city, but this attempt failed. Another interesting fact is Don Yosef Nasi’s relation to Dona Grazia. This wealthy banker and philanthropist, considered the wealthiest woman in the world at that time, was Don Yosef’s aunt. Both came from the Portuguese dynasty of Mendes-Benveniste.

The contribution of Greek Jews to Torah Studies

In the Torah sphere, the 16th century was the golden age for Spanish and Portuguese expellees in the Greek Jewish communities. Salonica became home to centers of Jewish learning, Talmud, Kabbalah. The Greek Jewish community constructed libraries and ancient archives that drew the attention of Jews worldwide, to the point where Salonica was referred to as “Little Jerusalem” or “Mother of Israel”. Among the heads of the magnificent yeshivas and the Torah scholars were rabbis whose influence on the world of Jewish law and Kabbalah is felt even today. Salonica rabbis were seen as arbiters of Jewish law for all Jewish communities. They led the Jewish world with their halachic rulings from Safed, Adrianople, Istanbul, Damascus, Aleppo, Nikopol in Bulgaria, Egypt, Italy, Holland, and more.

Notable rabbis among Greek Jews who are of Spanish/Portuguese extraction:

Thank you to Jonathan Gabrielov for his help in researching and writing the articles.

The law offices of Cohen, Decker, Pex & Brosh specialize in helping descendants of expellees to obtain Portuguese citizenship. If you are one of these, arrange a consultation at the law offices in Jerusalem or Petach Tikvah to get help. We will be happy to provide advice or practical assistance.