Spanish Jewish expellees in Turkey brought with them great economic capital and were considered members of the European bourgeoisie. As they settled in Turkey, the Spanish expellees made Ladino into the Jewish mother tongue, and their intellectual and diplomatic skills enabled them to gain significant influence over the sultans and their policies.

The expulsion of Spanish Jews in 1492 spurred the emigration of tens of thousands of Jewish refugees who wandered to the ends of the earth as they fled the horrific tortures of the Christian Inquisition. The Ottoman Empire, under Sultan Bayezid II, took in most of the expellee population. He issued a “firman” (royal decree) which was transmitted to the rulers of all the vilayets (provinces) of the Ottoman Empire. The sultan ordered that all Jewish refugees be given right of residency in the cities of the far-flung Empire. Likewise, the Ottoman Sultan ordered that the Jews be taken into all the flourishing commercial cities of the time in Turkey (Anatolia) itself. Any provincial ruler who violated the firman faced the death penalty.

The Spanish Jewish expellees who arrived in Turkey settled in four central cities, which over time would become important trading cities on a world-wide scale. These cities were Istanbul (known by the Jews as Kushta/Kushtadina), Adana, Izmir, and Bursa. As in most of the cities of the Ottoman Empire, the existing Romaniot Jewish communities in Turkey were swallowed up by the waves of Jewish immigrants from Spain. A census in Istanbul in 1477 listed 1,647 families. Fifty years later, in 1527, the census showed about 8,600 Jewish families. Among Turkish Jews today, 96% have Sephardic roots and only 4% Ashkenazi.

Famous families among the Spanish expellee communities in Turkey 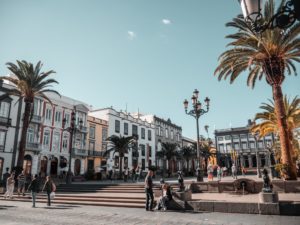 During the 16th century, the leading bankers in Istanbul were Jews and Greeks. Most of the Jewish bankers were from Spain and became known as financial moguls. The most illustrious banking family was Mendes Benveniste. The noblewoman Dona Gracia was one of the most distinguished members of this family, known for her contribution to Jewish communities throughout Europe and her financial support of seminaries scattered across the Middle East. Don Yosef and Alvero Mendes Benveniste were appointed by the sultan as dukes; the former was given authority over the Greek island of Naxos, the latter over Mitilini on the island of Lesbos.

Jews took leadership in other areas as well as banking. The first printing press in Istanbul was established in 1493 by the Sephardic Jews David and Samuel Ibn Nahmias. In addition, most of the sultan’s doctors constituted a Jewish elite. This group included Daniel Fonseca, Hakim Yakub, Gabriel Buonaventura, and Joseph and Moses Hamon. The last established a seminary in Istanbul with his own money and appointed Rabbi Yosef Taitazak of Salonica to head it.

In the Torah sphere, Turkey was a gold mine for the Sephardic and Ladino communities. Rabbi Jacob Culi composed the Torah compendium Me’am Lo’ez, a monumental, 23-volume commentary on the Torah in Ladino. Written for the average reader and divided according to the weekly Torah portions, it combines Talmudic midrashim with sections on Jewish law culled from Rabbi Joseph Caro’s Shulchan Aruch and the Rambam’s Mishneh Torah. The compendium Me’am Lo’ez remains to this day the most important work in the Ladino language.

The work’s broad scope indicates that Ladino was the ruling language among Turkish Jews. Rabbi Haim Palachi, Rabbi of Izmir, a writer in Ladino, adjudicator of Jewish law, commentator, and Kabbalist, maintained contact with Baron de Rothschild and Sir Moses Montefiore; in addition, he was a well-known writer, author of 80 works. His works addressed books of Mussar (ethics) and connections to the Bible, the Talmud, Jewish law, and kabbalah.

The Chief Rabbi of the Jewish community of the Ottoman Empire, appointed by the sultan, was given the title “Hakham Bashi”. His responsibilities included appointing rabbis in the various provinces and collecting taxes from the Jewish community. He had the authority to enact laws and rulings for all Jews in the Empire.

List of informational articles about Spanish and Portuguese Jewish expellees

Thank you to Mr. Jonathan Gavrielov for his help in researching and writing the articles.

Looking for an attorney to help you with Portuguese citizenship?

The law offices of Cohen, Decker, Pex & Brosh specialize in helping descendants of Spanish Jewish expellees in Turkey, and throughout the world, to obtain Portuguese citizenship. We can help you find out whether you are eligible for Portuguese citizenship due to a family connection to Jews expelled from Spain or Portugal. This requires a simple genealogical check. Make an appointment with an emigration lawyer in Petach Tikvah or Jerusalem, and we will be happy to assist with all the relevant information. Call for an initial consultation to clarify your eligibility for a Portuguese passport.