All articles on immigration to Holland

Are you considering immigrating to the Netherlands? You may be familiar with its world-famous tulips, wooden shoes and bicycles, which are found all over Holland. However, for a permanent move, or even temporary relocation, you may want to know more about the Netherlands and its residents. This article provides general background information on the Netherlands as well as a brief introduction to its immigration system.

Our law firm specializes in Immigration, relocation and visas.  Contact us if you are interested in more information regarding the possibility of starting an immigration process to Holland. Advocate Joshua Pex, a partner at our law office is a citizen of the Netherlands and head of the department of Netherlands immigration at our law firm.

History of the Netherlands

In historical records, the term “The Netherlands” was first used to refer to people living on lowlands in the river delta of the North Sea. During the first centuries, these lowlands were used by the Romans as border zone for the most Western boundaries of their empire.

During the Middle Ages, the lowlands were relatively poor with their livelihoods mainly depending on agriculture and fishing. However, the seventieth century marked a Golden Age for the lowlands, as they rose to a rich trading empire dominating trade in Western Europe and on international waters. Amsterdam expanded rapidly, developing into trading centre and the capital of the Netherlands. Paradoxically, this ‘Golden Age’ also marks Dutch colonization of Suriname, Indonesia and a group of Islands in South America, known as the Dutch Caribbean Islands. 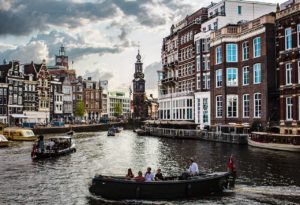 Throughout history, the lowlands had strove for independence, self-governance and freedom, only uniting to fight against Spain who threatened their freedom in those days. Hence, it was only until March 1814 that the lowlands united to the Kingdom of the Netherlands, with King William of Orange the first as head of state. The Dutch constitution was formulated, though readjusted halfway the nineteenth century in order to limit the power and authority of the king, celebrating the Netherlands as a parliamentary democracy with a constitutional monarch.

During the twentieth century, a fresh wind of independence blew over the Southern hemisphere and the Dutch colonies gained independence with only the islands of Bonaire, Sint Eustatius and Saba remaining part of the Kingdom of the Netherlands as special municipalities. While ties with former colonies loosened, ties with countries in the Western hemisphere were strengthened, ultimately leading to the establishment of the European Union of which the Netherlands has been a member from the very start until today.

Today, the Netherlands has a population of 17.4 million and ranks as the 12th dense country in the world, with 513 people per square kilometer. Amsterdam is the capital – by times far more widely known as the Netherlands itself – while The Hague serves as governmental metropole.

The government consists of the so-called cabinet (a coalition of different parties headed by the prime-minister), and the parliament (the first and second chamber who approve laws and demand accountability of the government). Currently, as of the year 2020, there are thirteen different political parties who nicely represent the so-called Dutch pluralistic society, with liberal, capitalistic, populist and orthodox Christian parties together negotiating to achieve to a consensus. Dutch are proud of their consensus-building politics and took this skill to a new level when they broke their own record in cabinet-formation in 2017: 225 days after the elections the cabinet was installed.

The Netherlands ranks among the highest in international indexes of economic freedom, press freedom, human development, quality of life and (child) happiness. Progressive values such as freedom of religion, equality and tolerance are highly celebrated, with Amsterdam as notorious example of liberty. Hence, you may be quite surprised to hear that the Netherlands still is a monarchy with hereditary kingship. Political power of the monarch is limited, but he does play a significant role domestically by bringing a sense of unity, stability and social commitment, and internationally by representing the country and people he serves.

Following his mother’s abdication in 2013, Willem-Alexander is the current reigning King of the Netherlands. He married Argentinian Maxima Zorreguieta, also known as Queen of the Netherlands, who became one of the most popular members of the royal family with her ever beautiful smile and cheerful, upbeat personality. Together, king Willem-Alexander and queen Maxima have three daughters of whom the oldest, princess Amalia, will inherit the throne. The King’s birthday on the twenty-seventh of April is celebrated as a national holiday, the so-called Kingsday. Recent polls show that appreciation of the royal family soars, with over sixty percent of the Dutch population preferring parliamentarian democracy with rather than without a monarch.

Get to know the Dutch people 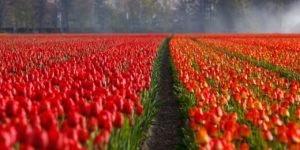 If you are considering immigrating to the Netherlands, you may be eager to hear more about the do’s and don’ts when approaching Dutch people. On the positive side, you don’t have to worry too much about offending the Dutch. Dutch are quite open-minded, easy-going and not so easily hurt. On the negative side however, you may run the risk of being offended yourself by their blunt and straight-forward attitude when they – standing tall and strong – tell you what they think of your new look, be it positive or negative. Were some may perceive it as terribly rude, others appreciate the honesty of it.

Dutch are fond of the word ‘gezellig’, which they mainly use to refer to having a good time together, full of light, laughter and good conversations. The fondness of ‘gezellig’, is nonetheless no invitation for a visit without prior warning, especially not at certain times. Dutch households gather around the dining table at around 18:00 and afterwards for coffee in the evening at around 20:00. You joining any of those dedicated moments without prior warning may be quite disturbing for Dutch hosts and result in the opposite of a ‘gezellig’ time. As they are known to be frugal, Dutch are most happy when they have exactly enough food which means that there is no extra meatball or piece of cake for you as unexpected guest. Even if there will be enough food, do not expect to receive a second round. You will rightly understand what Dutch calculation is when your host snaps away the cookie-box and returns it into the cupboard after you picked only one of the cookies. Do not expect to see the cookie box again that same night: it will only reappear the next day at 20:00 hour sharp.

As for the Dutch kitchen, they indeed love milk and cheese. Until today, most parents make their children drink a glass of milk at breakfast and lunch and for many Dutch people, lunch means sandwich with cheese. Some of the Dutch sweets are world-famous too, like the sugar dripping stroopwafels (waffles with maple syrup), drop (the saltiest of candies), and apple pie (served with whipped cream). Dutch dishes are rather simple and plain, mainly consisting of potatoes and veggies boiled in water with a teaspoon of salt for seasoning. There are quite some stereotypes about the Dutch, take the wooden shoes and drugs. You won’t find lines of people strolling down the road in wooden shoes while smoking weed, rather, wooden shoes became a curiosity only worn by farmers in the rural parts of the Netherlands and drugs are mostly consumed by the tourists. But the tulips are ever blooming, the bicycles ever roaming and the red-white-blue flags, topped off with orange pennons, continue to cheer up the sky.

Immigration to the Netherlands

The national immigration office to the Netherlands is call the IND, Immigration and Neutralization Services. The IND assesses applications from foreign nationals who want to live in the Netherlands or want to become Dutch citizens. Whether you are coming for a short stay, for an exchange program, as a student, worker, asylum seeker or spouse; all applications are processes by the IND, which falls under the responsibility of the Ministry of Justice and Security.

The Netherlands is often described as a multicultural hotspot with a quarter (25%) of the population having a migration background. As of recent migration trends, about a quarter of the migrants consists of people with a Dutch nationality who lived abroad before, another quarter are foreigners who re-unite with family members living in the Netherlands, foreign workers make up about 15%, students about 10% and asylum-seekers around 7%.

If you have family in the Netherlands and you wish to stay with them, different procedures apply for spouses (or registered partnership), children below 18, children born in the Netherlands, family members of refugees, adopted or related foster child, or parents of a minor Dutch child.

If you wish to study in the Netherlands, there are various possibilities for you at recognized educational institutions, universities of your choice, secondary training or vocational training, but you may also consider an internship or apprenticeship as educational opportunity.

If you consider working in the Netherlands, you will need to have a residence permit. In some cases, you additionally need a specific work permit. The type of permit you need to request, depends on your personal situation.

The Netherlands offers several exchange-opportunities, among which are working as an au pair, a working holiday or a cultural exchange. This article will tell you more about each of these options. Opting for a short stay instead and you are not from an EU or EEA country of Switzerland? You will need a short-stay visa, which allows you to stay in the Netherlands for 90 days within a 180-day period.

Would you like to be a Dutch citizen and do you wonder how you can become one? The following article sheds more light on the different procedures, whether you are Dutch by birth or by acknowledgment, or want to become Dutch by investment, by means of naturalization or by means of option.

Our law office specializes in the field of international immigration law. If you have any questions regarding the process of immigration to the Netherlands, or are interested in information regarding visas and relocation to Holland, or Dutch citizenship, please contact us.