This series of articles answers your questions regarding transferring, obtaining, and recognition of French citizenship.

The conditions for obtaining new citizenship or recognition of existing citizenship are laid out in the French civil code, from Section 17 and onwards. To help you understand the issues better, we present the important portions of the law.

This series of articles also relates to obtaining recognition of French citizenship for children born outside France, or for a spouse in the case that the wedding was not performed in France.

Why acquire French citizenship? What are the advantages?

France is one of the founding member states of the European Union. As a result, French nationality automatically grants the holder a European passport and “European citizenship”.

Thus we see that French citizenship is a key that opens doors not only in France but in the 27 EU member states! What’s more, with a French passport, you can enter the United States without need for obtaining a visa in advance from the American authorities.

But that’s not all!

If want to study in Canada and have French citizenship, proving this status will enable you to enjoy subsidized tuition fees at universities in Quebec, which offer preferential treatment for French students.

In fact, Quebec and France have signed an agreement regarding tuition for French students in the province. The agreement between the Quebec government and the French Republic, signed 6 March 2015, provides for preferential treatment of French citizens seeking to study in Quebec.

Thanks to this agreement, for a bachelor’s degree, French students pay the same basic fees and one-time sum paid by Canadian students who are not Quebec residents. For a master’s degree, French citizens are charged the same tuition as students in Quebec. Moreover, for professional and technical training, French students enjoy an exemption from tuition – such studies are provided at no cost. French citizenship, therefore, enables one to study in Canada and earn a degree in North America, in the French language, under much better conditions than at other Canadian or American universities.

Who can obtain French citizenship? 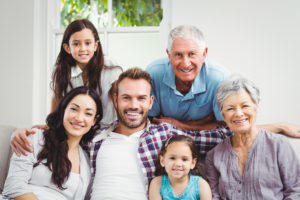 Many people in Israel, though they may not be aware of it, can make use of a family tie to obtain citizenship. For example, many descendants of North African Jews have never thought of claiming French citizenship, even though they are eligible for it.

Since the Décret Crémieux order of 24 October 1870 – Algerian Jews are French. An order from 1939 expanded this group to include Moroccan Jews as well, under certain circumstances. Thus many descendants of North African Jews can claim French citizenship under the Blood Law.

French citizens who immigrated to Israel and married Israelis and/or their children born in Israel can also take steps to enable the spouse and children to enjoy a French nationality.

The ways to acquire French citizenship are:

What are the implications for family members?

If you are eligible for citizenship on the basis of an ancestor’s ties to France, the other members of your family can also take steps to acquire French citizenship.

Regarding expenses, our office charges a discounted rate for several cases from the same family.

What is the timetable?

Our office is at your service for anything related to assembling an application file, submitting documents, and any other necessary steps, saving you the hassle of dealing with bureaucratic procedures. We will be happy to share our experience and expertise. Contact us to arrange a meeting at our offices in Jerusalem or Tel Aviv, as you prefer, or to obtain consultation by telephone/Skype/Zoom.