Introduction – Recognition as a Volunteer Institution in Accordance with Section 46 of the Income Tax Ordinance:

One who donates at the right time, as is well known, is blessed as someone who has donated twice. More importantly, the donor can also receive a tax refund on his donation, provided that he donated to the right cause and in the right way.

Israeli public-benefit corporations and volunteer associations (amutot, plural of amuta) are entitled to receive special recognition from the State of Israel, through which local Israeli donors who pay tax in Israel are eligible to receive a tax refund of 35% on their donation. Thus, in effect, the State participates indirectly in the expenses of nonprofit organizations (NPO) that have been recognized as public institutions.

Lawyer Michael Decker, who specializes in association law and nonprofit law, explains below how to receive this recognition and how to apply for tax refunds on donations. 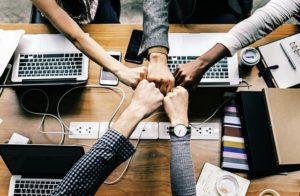 Amutot and public-benefit corporations represent what is known as the “third sector”.

The term “third sector” means that NPOs are considered to be between the private business sector (whose purpose is to gain income for personal use and, therefore, whose profits are taxable) and the government sector (which is supposed to use tax money for the benefit of the public).

Amutot and public-benefit corporations are classified by the tax authorities as NPOs. This classification entitles amutot and public-benefit corporations to a full exemption from income tax and VAT. Although any donation received by an NPO must be reported to the authorities (and a receipt must be issued for the donation), the institution does not have to pay taxes for it.

The third sector represents interests that the State itself is supposed to promote and, therefore, the activities for the benefit of the public should not be taxed.

Amutot and public-benefit corporations are required to pay taxes (income tax, National Insurance, etc.) on salaries paid, but this is actually a tax that the employee pays through the employer as a private citizen.

Certain Benefits to Which NPOs Are Entitled:

Recognition as a Voluntary Institution, in Accordance with Section 46 of the Income Tax Ordinance:

Another recognition for which NPOs are eligible is recognition as a “public institution” through section 46 of the Income Tax Ordinance, which states as follows (in translation into English):

In practice, these funds are transferred directly to the donor’s bank account (if he pays taxes to the State of Israel – anyone who works in the State of Israel as an employee through a pay slip, or as a self-employed person with a VAT file, pays taxes) by submitting the relevant receipts to the tax authorities (it is recommended to use the services of an accountant).

Lawyer Michael Decker of the Cohen, Decker, Pex & Brosh law firm, who specializes in nonprofit law, regularly represents amutot and public-benefit corporations, and advises them on their proper conduct.

Speaking from personal knowledge, there are many amutot and public-benefit corporations that are not recognized as volunteer institutions under section 46 of the Income Tax Ordinance.

Lawyer Michael Decker of the Cohen, Decker, Pex & Brosh law firm has assisted, along with accounting firms, many NPOs in obtaining recognition as volunteer institutions, in accordance with section 46 of the Income Tax Ordinance, and he will be happy to assist you in this process, as well.