Hundreds of thousands of Israelis are entitled to a Polish passport thanks to their Polish roots. This article will present in detail the ways you can know whether you are entitled to a Polish passport. This often depends on the years in which you or your ancestors left Poland. Like many Eastern European countries, Poland has officially joined the European Union (in 2004). Polish citizens can enjoy exclusive benefits which will also be detailed in this article.

The law office of Cohen, Decker, Pex and Brosh specializes in obtaining Polish citizenship for Jews. Our office has a well-developed practice regarding the issuance of Eastern European citizenships, such as Bulgarian, Romanian, Lithuanian, Hungarian and more. We can also help you find documents that attest to the past citizenship or residence of your ancestors in the Polish state. 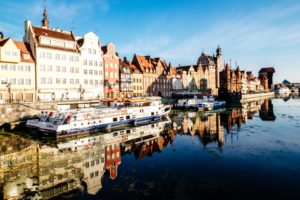 You do not have to be born in Poland to apply for Polish citizenship. In fact, there is no limit to the number of generations that separate you from your Polish ancestors (unlike many other citizenships).

Polish citizenship law is considered extremely flexible.  If you have Polish roots you are probably eligible to become a citizen even if you have never visited Poland and / or don’t speak Polish. You do not even have any obligation to come to Poland in order to hold a Polish passport.

However, there is one condition – we need to check whether the Polish citizenship was passed from one generation to the next, without a missing generation in the chain. The method of verification is a complex process, as a result of the citizenship law changing several times.

Who is eligible to receive a Polish passport?

It should be noted that Poland gained its independence in 1918. The first citizenship law was passed in 1920. The first question to ask is; when did your ancestors emigrate from Poland – before or after 1920? If after 1920, then we can know that they immigrated as citizens of Poland.  If they emigrated before 1920, we must check whether they are considered Polish citizens according to the 1920 law.

For various reasons, over the years the Polish state has not accepted the idea of ​​dual citizenship for its citizens. In some cases the acquisition of foreign citizenship would have led to the loss of Polish citizenship. In this way the acquisition of foreign citizenship in Poland could be interpreted as ineffective for a number of reasons. For example, a person of the appropriate age to enlist in military service (which can be up to the age of 50) and in the case of officers up to the age of 60.

If the naturalization took place after 1951, without official approval from the Polish authorities, this would not normally serve as an obstacle to the receipt of the application.

What is required for an initial verification of your eligibility?

Many who wish to obtain Polish citizenship do not have all the necessary documents.  However, this is not a reason to give up.  If you have enough information, there is a good chance that lost documents will be recovered with the help of a genealogist.

What are the options for receiving Polish citizenship?

The most common process is applying for citizenship. Ultimately, the official decision is made by the Polish authorities, by a statement that you are a Polish citizens by reason of origin.  You will then receive the documents through which it will be easy for you to obtain an official identity card or passport.

If the decision has been made that your family has lost Polish citizenship, there are other options available.  You can apply for the restoration of lost citizenship. 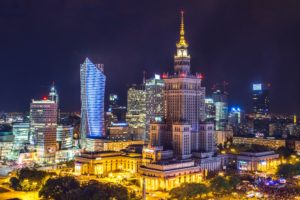 Both processes, namely citizenship approval and recovery focus on citizenship. There are people who are unable to present citizenship status even though they are descendants of Poles. This is where we enter the picture – by understanding the connection of one of your parents or grandparents or two of your great grandparents, we can know if a Polish identity has been preserved in the family.

According to the law, the process for those with Polish roots is considered simple. Polish roots grant you permanent residency status in Poland. After one year of residence in Poland you will undergo a Polish language test. If you pass the test, you will be recognized as a Polish citizen.

Keep in mind that the best arguments with which you can build a successful application are first and foremost personal benefits / virtues.

As mentioned at the beginning of the article, Poland is a member of the EU and therefore its citizens can enjoy many benefits which are exclusive to the citizens of the EU countries. The following are some of the highlights of a long list.

Residence – Polish citizens are allowed to live in all EU countries permanently and indefinitely. These are countries such as the Netherlands, Italy, France, Germany, Belgium, Sweden and Spain. There are a total of 27 EU countries which make up the majority of the European economy.

Investing in a business or real estate – You can start a business or buy real estate. Due to the fact that you have a European passport, you will not be subject to various restrictions on their purchase and in some cases you will even receive financial assistance in starting a business from the local authorities.

Relocation and employment – Polish citizens can work in all EU countries legally and without a time limit.

Freedom of movement – a permanent option of movement throughout the EU countries and in the countries that are signatories to the Schengen Convention (even in non-EU countries such as Switzerland, Ireland, Romania, Iceland, etc.).

Academic studies – As citizens of the Union, you can study in advanced countries such as Germany, Italy, France and more.  You can study at the highest academic institutions in Europe under the eligibility for a variety of scholarships.

Contact Us – Polish Passport for Jews – Polish Citizenship for Jews

Cohen, Decker, Pex and Brosh specializes in the process of immigration and obtaining passports to many countries. Our office has an international team that can assist you with the bureaucratic process, notarized translation, apostille stamp and all the paperwork required to obtain the Polish passport. For more details, contact us: