The Israeli law office of Cohen, Decker, Pex & Brosh specializes in acquiring various passports, such as: Bulgarian, Austrian, American, Portuguese, Canadian, and more. In addition, our office can put Israelis with Romanian heritage on the right path to receiving a Romanian passport.

Who is Eligible to Receive Romanian Citizenship?

The Romanian Citizenship Law of 1991 permits Jews who were born in Romania to receive Romanian citizenship. The law applies to anyone whose parents or grandparents were born in Romania. Additionally, the circle of eligibility encompasses descendants who were born to natives of Moldova or parts of the Ukraine, Bulgaria, and Hungary between the years of 1919-1940. During that time, these countries – or parts of them – were under Romanian rule. 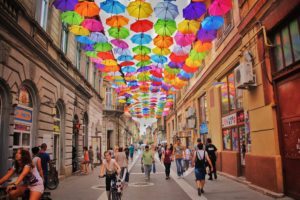 The process for obtaining Romanian citizenship requires ongoing contact with the legal authorities in Romania and being subject to bureaucratic requirements, such as documents attesting to Romanian citizenship or that prove Israeli citizenship, formal translation, notary seal, and Apostille stamp. For this reason, it is better to seek counsel and assistance from an attorney who has professional experience in this area.

Eligibility for a Romanian passport can be inherited for up to two generations. This means, if a native of Romania can prove eligibility for citizenship, then his children and grandchildren are eligible also.

How Long Does the Process Take?

The naturalization process takes between one and a half to two years.

We should note that the applicant is requested to come to the Romanian Consulate and declare an oath in the Romanian language before a consul, swearing allegiance to Romania and her citizens, to defending her national interests, and upholding the Romanian constitution.

Is It Possible to Recover Lost Citizenship?

A person who lost his Romanian citizenship can request to recover it. This can be done at any time as long as he does not have a criminal record, or if all the details listed in the Romanian and Israeli documents are the same. In this case, his citizenship is returned to him.

A Few Words on Romania and Receipt of a Romanian Passport 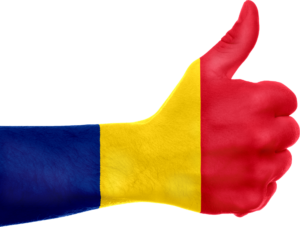 Romania is a peaceful country, green and luscious, with breathtaking views located in the Balkan region of Eastern Europe. The country’s population numbers about 21 million people. In 2007, the country joined the European Union, and from then on, the Romanian passport became popular amongst Israelis with roots in Romania.

If you have acquired Romanian citizenship, you are officially registered as a citizen of the European Union. In other words, from now on you will be able to work and live in any of the 27 EU countries. Countries such as Germany, Italy, Ireland, Holland, Norway, and so on. This includes higher social conditions in each one of the European Union countries. Additionally, there is no need to renounce any existing citizenship you may possess.

Obtaining European citizenship allows you to fly to countries in the Persian Gulf, such as the United Arab Emirates, without any restrictions. It also makes you eligible for education subsidies in many of the European academic institutions. Also, you can start a business in Romania, move about freely in EU countries, and more.

The law office of Cohen, Decker, Pex & Brosh assists clients in acquiring Romanian citizenship for those Israelis with Romanian Heritage. We work with Israelis who possess family roots in Romania. Our office, which is located in Jerusalem and Tel Aviv, can help you receive Romanian citizenship or recover it if you lost it. Call us for more details, we will be happy to assist you.