Lithuania is of course a member of the European Union; so the bearer of a Lithuanian passport has the right to live, work, and travel freely throughout the member states. The law offices of Cohen, Decker, Pex and Brosh in Jerusalem and Tel Aviv specialize in emigration from Israel and obtaining European passports, including from Lithuania. With our years of professional experience in the field, we can help you obtain Lithuanian citizenship if you are in fact eligible under Lithuanian law.

Lithuanian citizenship for Jews – who is eligible? 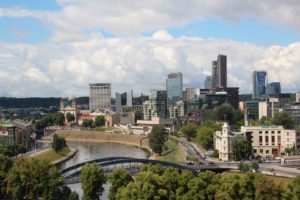 Lithuania was established as an independent state in 1918. The first law passed regarding Lithuanian citizenship, however, was passed as a temporary law on 9 January 1919. According to the law of this date, the following are considered Lithuanian citizens:

What documents are required for descendants of Lithuanian Jews to obtain citizenship?

Under the current citizenship law, documents that constitute proof that the applicant was a Lithuanian citizen before 15 June 1940 include:

If none of the above documents are available, you will be required to furnish documents related to studies, work, or residence in Lithuania which were printed before 15 June 1940, as well as a foreign passport and other documents.

How to maintain a previous citizenship when receiving Lithuanian citizenship

The documents are to be submitted to the migration department in Lithuania or to the Lithuanian consulate in a foreign country.

A brief history of Lithuanian Jewry 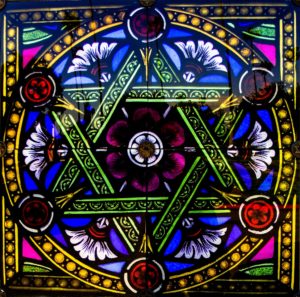 Local census data indicates that Jews were in Lithuania at least from 1388, and possibly earlier. Historians indicate that the Jews may have been descendants of Khazars who settled in the country in the 10th century, or possibly German Jews who arrived in the 12th century. A third theory suggests that the main influx of Jews to Lithuania took place at the beginning of the 14th century, when the Grand Duke Gediminas opened his kingdom to merchants and craftsmen in order to promote economic development.

Once Christianity became the official religion of the Lithuanian kingdom in 1386, subjects of other religions, including Jews, faced discrimination in political, economic, and religious spheres, including the right to own property (which was permitted to Jews only in the city of Trakai).

According to local population registries, there were about 6,000 Jews in the kingdom in 1389. This number grew to 76,474 in 1764 and 263,000 on the eve of World War II. The Lithuanian Jewish community was one of the hardest hit in the Holocaust. About 91-95% of its members murdered by the Nazis and their accomplices. Immediately after the war about 20,000 Jews remained in the country, and today about 3,000 Jews live there.

However, a significant portion of the history of Jews in Lithuania also belongs to the Karaites. Members of this Jewish sect were not harmed in the Holocaust, since they demonstrated that their roots were Tatar rather than Jewish. When they presented their Tatar-Turkish language, the Nazis lost interest in exterminating them, considering them not to be Jews. The Karaim language, however, is a Turkish language with Hebrew influences, and at one time it had three dialects in Eastern Europe, all spoken by Jews.

The law offices of Cohen, Decker, Pex and Brosh are committed to providing efficient, professional service to its clients, including those seeking to emigrate to Lithuania. We only take on clients with a real chance to succeed in their chosen path to emigration. Likewise, our offices also operate abroad, where they have acquired extensive experience and enjoy a high rate of success. For any question regarding Lithuanian citizenship for Jews, contact us at the telephone numbers below or by email.