The law offices of Cohen, Decker, Pex & Brosh specialize in emigration law and obtaining citizenship in North America (USA and Canada), Britain, and Europe (Portugal). We offer a variety of tools, experience, and professional specialties to assist you in obtaining Austrian citizenship.

Which descendants of Holocaust survivors are eligible for Austrian citizenship?

“Holocaust survivors”, according to the Austrian law, refers to all victims of Nazi persecution. That means survivors of death camps, those who hid out during the war or fled from the Nazis, etc.

The new law vs. the old law – eligibility for Austrian citizenship

In addition, the law states that anyone born in Hungary, Italy, Serbia, Croatia, or Slovenia, but who lived in Austria up to 1955, will also be eligible for Austrian citizenship.

How does the new law differ from the old one? 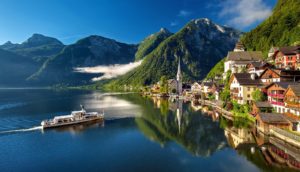 Many victims after the war were left alone, orphaned, ill, and impoverished. For these reasons, they were barred from emigrating from Austria and were forced to remain there in order to recover their health, search for lost family members, etc. The new law grants citizenship to descendants of those victims who remained in Austria up to 1955.

What is more, the antisemitic law of 1921 has been revoked. This law had previously denied Austrian citizenship Jewish populations from the Danubian principalities (Moldova and Romania).

Who is not allowed to petition for Austrian citizenship for Holocaust survivors?

Note that someone who has been convicted of a serious offense; participating in terrorist acts, attempting to harm Austrian democracy, financial crimes, or other serious offenses, will not be eligible to receive Austrian citizenship.

How can you prove your eligibility for Austrian citizenship?

The candidate must present proof that they or their parents / grandparents resided in Austria and were persecuted by the Nazis. In addition, a connection must be demonstrated between extended family members (spouses and children in the case that the application relates to them as well) and the family member who was the victim of Nazi persecution.

The documents required to apply for an Austrian passport are as follows:

You will be required to present foreign birth and marriage certificates with an apostille certification or legalization by a consulate. Some documents may require notarized translation into German.

Between 1933-1945, many Jews had their Austrian citizenship revoked. In some cases, the citizenship was revoked because they chose to emigrate to another country after the disasters that struck them in Austria. Today, their descendants can apply to restore Austrian citizenship without relinquishing any additional citizenship they possess. For this process, there is a different, expedited protocol.

Renewed citizenship in such cases takes effect from the day an application is submitted to the aforementioned governmental authorities in Austria. It is important to clarify that in the process of re-acquiring citizenship, the citizenship does not extend automatically to the children of the applicant, although descendants can ratify their application via an additional process.

Thank you to Yonatan Gavrielov for writing this article.

The law offices of Cohen, Decker, Pex & Brosh represent the descendants of Austrian Jews. If a mother or father (or grandmother or grandfather) emigrated from Austria between 1933-1955, we can help you obtain an Austrian passport. Our offices are located in Tel Aviv and Jerusalem. For a consultation and assistance in obtaining an Austrian passport, contact us at one of the telephone numbers below. Thank you.