Egyptian Jews can point to an ancient history spanning more than 2,500 years. In the early Middle Ages, the Jewish community in Egypt was on the verge of extinction due to increasing Islamization. But thanks to the large communities of Sephardi expellees in Egypt from the Iberian Peninsula (Portugal and Spain) at the end of the 15th century, Egyptian Jewry received a new lease on life and became once again an influential force in the Torah world. 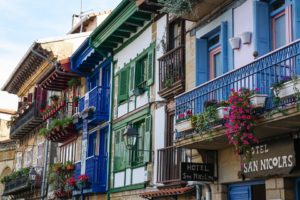 After the expulsion of Spanish Jews in 1492, the wandering expellees found themselves crowded onto the Spanish boats that had been provided to evacuate them, sailing towards all corners of the Middle East. The travelers were impoverished refugees seeking new countries to call home. They included a small cadre of highly educated rabbis who arrived in Egypt; at that time a large and wealthy country full of trading and spice markets where countless languages were spoken. On a visit to Egypt in 1488, the Italian rabbi Obadia Bartanura wrote, “The land is very wide and there is much profit to be had there, at all times and at every moment, and in all the world there is no land like Egypt for trade and for a man to become wealthy”.

The expellees’ arrival in Egypt ushered in a period of religious flourishing, seen in the establishment of seminaries with dozens of Torah scholars. Such a level of Jewish learning had not been seen in Egypt since Abraham Maimonides served as the “Ra’ees el Yahud” (head of the Jews) from 1237. Renowned rabbis presided over these seminaries, including such luminaries as Rabbi David Ibn Zimra (perhaps the greatest adjudicator of Jewish law in that generation); Rabbi Yaakov de Castro; Rabbi Abraham Scandari; Rabbi Abraham Tarika and more.

Over time, the small Musta’arabi Jewish community in Egypt took on the traditions of the Spanish immigrants, having been in effect swallowed up by their large numbers.

Egyptian Jewry would eventually take its character from the emigrant communities from Spain, Portugal, and southern Italy (which was ruled by the Spanish Empire at that time). The seminaries found funding thanks to the benign economic conditions in the Ottoman Empire. This enabled generous contributions from Jews who dealt in trade, tax farms (iltizam), craftsmanship, and financial dealings. The most famous and generous Jewish philanthropist of that period was Dona Gracia. But large contributions also came from the Ibn Yaish family, the philanthropist Yakov al-Nakwa, and others.

The Jewish expellee population settled in the coastal cities bordering the Mediterranean and were primarily involved in trade. Their education and their mastery of many languages brought the expellees success in economics, money-changing, customs, trade in food and spices, textiles, and the export of buffalo hides, perfumes, wax, and winemaking.

In 1518 the Ottoman Empire conquered Egypt and made it a province of the Turkish empire. Egyptian Jews saw the coming of the Ottoman Empire as a sign of redemption and the coming of the Messiah, and welcomed it as promoting worldwide spiritual advancement and heralding the End of Days. Its kings were viewed as merciful, in contrast to the Circassian Mamluk rulers under whom the Jews suffered recurring attacks and violence. Among the Jews, the Mamluks were known as “the enemies of the Jews”. Rabbi Eliyahu Capsali, the Rabbi of Turkey and also appointed as rabbi for all Jews of the Ottoman Empire, as well as Egypt, told of the hostility of the Samaritan communities, who influenced the Mamluk sultans and, by offering them gold, enticed them to massacre Jews. Under the new Ottoman rulers, in contrast, the future of the Spanish expellees looked brighter.

Additional articles on the site of Cohen, Decker, Pex & Brosh

The following are some research articles on various Spanish expellee communities.

Thank you to Jonathan Gabrielov for his assistance in researching and writing the articles.

Contact the law offices for assistance in emigrating to Portugal

The law offices of Cohen, Decker, Pex & Brosh specialize in helping descendants of expellees, in Israel and throughout the world, to obtain Portuguese citizenship. If you have proof that your ancestors were Jews from Spain or Portugal, we will be happy to provide advice and assistance in obtaining a Portuguese passport.