Jews that were expelled from Spain and Portugal arrived in Iran at the beginning of the 16th century; a time when the Persian Empire was a global economic and political force. When the Jews expelled from Spain arrived in what is today Iran, they engaged in fruitful trade with Iranian and Indian port cities, including with other Mediterranean countries.

This article will draw a connection between the Jews of Iran / Persia and those expelled from Spain. If your family is of Persian origins, you may be eligible for a Portuguese passport. It is important to note that in order to obtain a Portuguese passport, the applicant must prove a cultural and religious connection to the expelled Spanish Jews. This connection comes from the applicant’s religious affiliation – such as his family’s Sephardic prayer tradition. If you have evidence of your family’s Sephardic connection from generations back, there is a real possibility that you are a descendant of Jews expelled from Spain and eligible for a Portuguese passport, a country belonging to the European Union. The Israeli law office of Cohen, Decker, Pex & Brosh assists the descendants of the expellees in receiving European citizenship.

Spanish Expulsion and Dispersion of the Jews of Portugal 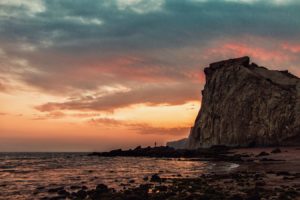 In the month of March, 1492, the king and queen of Spain Ferdinand and Isabella decided to expel all the Jews of the Spanish kingdom. The reason for the expulsion was because of the Jews’ religious influence on communities of new Christians (Conversos). The fathers of the Spanish Catholic Church warned that because Christianity was something fresh to these new converts, every time they sat alongside their Jewish brothers they would try to return them to their Judaism. Five years later, Jews of Portugal suffered a similar mass expulsion in which there was also mass coercion of Jewish children and minors to convert to Christianity against their will when they were permanently taken from their parents.

After the expelled arrived to Middle Eastern countries and the Maghreb, which is in North Africa, they began to reinvent themselves. First, they built a large trade network which connected them with their Sephardic brothers in neighboring countries. Afterwards, they increased their transactions, even in Asia and the Indian Ocean, in countries like Yemen, Oman, Sri Lanka, and especially India. India was, in that period, the richest country in the world. Towards the end of the 15th century, Indian port cities were being conquered by the rising Portuguese superpower.

Communities of Spanish Expellees in the Straits of Hormuz

After taking control a large portion of Indian port cities, in 1507 the Portuguese succeeded in conquering even the Island of Hormuz, which served as a door to the Persian Gulf. Hormuz Island provided control over the entire Persian Gulf, and it also served as a bridge between the Middle East and India. Therefore, it was considered an important strategic location for the Portuguese. According to contemporary European sources, Hormuz was considered one of the four largest cities in Asia in terms of wealth (even though it was an island).

Immediately with the Portuguese conquest of the island, Portuguese Jews streamed in from various countries. The Jews engaged in trade of precious gems, cotton, silk, spices, horses, gold, ivory, and they even produced wine on the island and exported it to Basra, Bahrain, China, and India. Amongst the Jews there were also money lenders at interest. The Dutch priest Gaspar Barzaeus, who spent two years on the island, mentioned in his book that the interest earned by the island’s Jews was so successful that in one year they would produce a yield of ten times the amount of what they lent.

Additionally, he spoke about the organized communal life of the island’s Jews and the size of their wealth and success of their transactions. “The Jews here are very rich, one is worth ten thousand, some fifteen thousand, and others are worth twenty thousand pardaus (the currency of the region). There were 200 Jewish families on the island, most of whom were of Portuguese origin, some of whom were Spanish, Iraqi, Egyptian, and Yemenite.

Spanish Expellees in Iran and Relations with Other Communities

There were numerous merchant populations that lived alongside the Jews on the island. Amongst them were Christians from Italy, Greece, Armenia, Portugal, Ethiopia, and Russia. Others were Muslims from Turkey, Persia, and Arabia. Hindus from India and Buddhists from Mongolia. All of them prospered and enjoyed mutual brotherhood and excellent trade relations with each other. Vacation days were equally distributed amongst the inhabitants, with the Muslims resting on Fridays, the Jews on Saturday, Sunday for the Christians, and the Hindus and Buddhists resting on Mondays.

Towards the end of the 16th century, Portuguese explorer of Jewish origin Pedro Teixeira came to Hormuz. Teixeira spent four years on the island and wrote about the presence of Jewish families. However, in 1622 English battleships arrived and, in a combined attack with Persian forces, they succeeded in defeating the Portuguese forces and expelled them. Here is where the glorious period of the island ended, and with it the Jewish splendor. Hundreds of Portuguese and Spanish families that lived on Hormuz emigrated to Persia and assimilated with the Jews residing there. Today there is a portion of Iranian Jews who have evidence that they are descendants of those Sephardic Jews who settled on the island during the time it was under Portuguese rule.

Thanks to Mr. Jonathan Gavrielov for his help in writing articles on Jews expelled from Spain.

We specialize in immigration to various countries, including procuring Portuguese citizenship for descendants of Spanish expellees in Iran. If you are looking for lawyer for immigration to Portugal, feel free to contact us. We will be happy to initially check your eligibility by phone. Our numbers are below: