The Bulgarian Jewish Community is known for its colorful mixed heritage. Jews from all corners of Europe joined the Bulgarian community after being expelled from their home countries or exiled after pogroms. When the Spanish expellees arrived in Bulgaria, their ancient Sephardic traditions dramatically reshaped the character of Bulgarian Jewry.

Portuguese citizenship for those of Jewish Bulgarian ancestry is possible starting today! Bulgarian Jewish descendants are entitled to Portuguese citizenship, providing a European passport that enables the bearer to travel freely, work, or settle in any country belonging to the European Union, including Italy, Belgium, Germany, Holland, France, Hungary, and more. 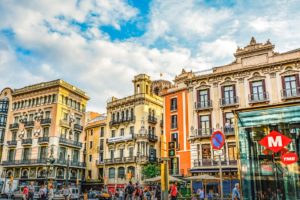 The expellees streaming out of Spain and Portugal sent a shock wave through the Jewish world. Their expulsion marked the peak of the Christian iron-fist policy against minorities in the Middle Ages. Throughout the summer of 1492, the expellees crowded onto docks along the Spanish coast, waiting to be evacuated on transfer boats. At that time, the Ottoman Empire ruled the Balkans and the Mediterranean. Sultan Bayezid II, known as an ally to Jews, instructed the Ottoman navy, under command of Admiral Kemal Reis, to evacuate the Jews safely to the Balkan territories. Meanwhile, his forces were busy dispatching public announcements throughout the Empire and Europe, declaring the Jewish refugees welcome to enter the territories of the Ottoman Empire. At this particular period, Ottoman territories included Anatolia (Turkey) and the Balkans.

The expellees reached Bulgaria in four waves. While the first and second wave settled in Nikopol, the third settled in Sofia and the fourth wave, which arrived 50 years after the expulsion, settled in the city of Plovdiv. It became home to a community of forced converts called “the Holy Aragon Community of Plovdiv”. These massive waves of Spanish emigration immediately swallowed up the communities of Romaniotes (a term for Jews who had settled in that area since Roman times) and other tiny communities of Jews from Ashkenaz, Italy, and other places.

In Bulgaria, the Jews kept their distance from the Christians, who were mostly illiterate peasants and servants of the feudal Turkish lords. Bulgarian Jews were treated well under Ottoman rule, unlike Christians who were severely exploited and treated harshly. While Jews in Europe were a despised minority, in the Ottoman Empire they were considered a “protected” minority. These Jews enjoyed a respected status under Turkish rule and were seen as literate and educated. They were considered to have the knowledge to deal in whatever occupations they chose, unlike their Christian neighbors. With their commercial, diplomatic, and linguistic skills, they became extremely useful to the Sultan. Jewish expellees linked the Empire together in a cosmopolitan network of trade. Ladino quickly joined Turkish as a language of trade in Bulgaria.

Sultan Bayezid II uttered a famous phrase to his ministers, after bringing the Jews into his empire: “You dare to call Ferdinand [King of Spain] a wise ruler, he who impoverished his own country and enriched mine.”

Torah leaders of Bulgaria, descendants of Spanish and Portuguese expellees

Over the years, the “foreign” Jews in Bulgaria – those without a Sephardic past – were given names based on their ancestry and historical affiliation. For example, Bulgarian Jews with French ancestry were called by the last names Tzarfati (from the root Tzarfat, France), Francis, and Franco. Romaniotes were given the name Romano; Jews from Bavaria in Germany were called Ashkenazi; those from Italy were named Mitrani, Graziani, Pizanti; and those with Hungarian affiliation, Magyar. This marked the local cultural dominance of Sephardi Jews, who kept their Iberic family names and patronymics.

Thank you to Jonathan Gavrielov for his help in researching and writing the articles.

The law offices of Cohen, Decker, Pex & Brosh specialize in emigration and will accompany you without charge for the initial check of eligibility for Portuguese citizenship, which provides a European passport! Call to schedule a meeting with an attorney in Jerusalem or Petach Tikvah regarding Portuguese citizenship for descendants of the Bulgarian Jewish community and Spanish expellees.