Communities of Algerian Jewish expellees arrived on the North African coast from Spain in the 14th and 15th centuries. They suffered frequent violent and deadly pogroms on the Iberian Peninsula, culminating in the mass Jewish expulsion in the year 1492. About 20,000 Jews chose to emigrate to Algeria in hope of finding a more tolerant, comfortable, and better life.

Descendants of these Algerian Jewish expellees from Spain and Portugal are eligible for Portuguese citizenship! The law firm Cohen, Decker, Pex & Brosh represents these descendants today. We can help you obtain a Portuguese passport and citizenship of a European Union member state. 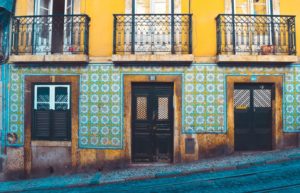 Jewish expellees from Spain thronged to Algeria as early as 1391, at the height of the pogroms carried out that year in southern Spain. The Jewish refugees settled in coastal cities such as Tlemcen, Algiers, Oran, and Constantine, among others. There they joined small existing Jewish communities or established large, wealthy exile communities of their own. The first wave of exiles brought with it the great Rabbis of that period. These included such luminaries as Rabbi Ephraim Ankawa, Rabbi Yitzhak Bar Sheshet, Rabbi Shimon Ben Tzemach Doran, and Rabbi Yitzhak ben Moshe Halevi – known by his nickname Profiat Duran, a name given him by the French Inquisition when he appeared to convert to Christianity.

As soon as they arrived, these Rabbis immediately and decisively influenced the local Jewish way of life by making new Sephardic halachic rulings. Most of the expellees settled in the city of Algiers. They helped trigger an economic boom in the city, which only a few years later would become a capital city and financial hub in the Ottoman Empire.

The second wave of Jewish expellees emigrated to Algeria after the final mass expulsion of 1492. In addition, a steady flow of conversos (Jews forcibly converted to Christianity) continued immigrating from Portugal, France, Italy, Constantinople, and other places. The Spanish monarchy, the wealthiest monarchy in 16th century Europe, maintained a large navy which enabled it to rule the Mediterranean Sea. As a result, Spain controlled several port cities in North Africa, such as Tlemcen and Oran in Algeria.

Unlike Jews in Spain, Algerian Jews were permitted to remain in these cities, thanks to the important administrative and economic roles they played. In the end, however, after a century of settlement, drastic charges of spying for the Muslims were levelled at the Jews, leading to their expulsion and migration into the interior of the Muslim country.

Integration and economic activity of the Algerian Jewry

Algerian Jews made their living primarily by working as gold and silversmiths, peddling, selling sewing notions, brewing alcohol, and brokering, as well as by minting gold and silver coins for the local ruler, Hadai. In time, the Jewish expellees integrated into the Algerian Jewish communities and became one Sephardic bloc. When the Ottomans took control of Algeria during the 16th century, the Jews’ social conditions improved somewhat, but their economic status did not. The Ottoman Empire was known for its oppression of lands it conquered, as well as the heavy taxes with which it burdened its citizens.

The Jewish subjects were vulnerable to attacks from Ottoman soldiers and spontaneous murders in the city streets. However, it seems that Algerian Jews found their place among the Algerian population; for example, Jews found more in common with the local courts than with the Rabbinical courts. This seems to indicate that they enjoyed an egalitarian social standing with the local authorities.

Finally, Algerian Jews contributed intellectually to the local culture. Their poetry was respected and Andalusian melodies were played at local festivals and weddings.

Additional articles on Jewish expelled communities whose descendants are entitled to Portuguese citizenship:

Our thanks to Jonathan Gabrielov for his help in writing this article on Algerian expellees and additional articles on other sepharadic Jewish communities.

The law offices of Cohen, Decker, Pex & Brosh specialize in helping descendants of expellees to obtain Portuguese citizenship. If you have proof that you are among those entitled to receive a Portuguese passport, we will be happy to assist you. Contact the law offices in Jerusalem or Petach Tikvah to arrange a consultation.