Origins of the Surname “Abarbanel” – Conditions for Receiving a Portuguese Passport

This article will explain the origins of the name “Abarbanel”, which first appeared in Spain approximately 1,300 years ago. You should know that having a Sephardic surname is an excellent way to prove connection to the Jews expelled from Spain. If you carry the name Abarbanel (or one of its variations) or have a Sephardic background, you could begin the process of obtaining a Portuguese passport.

Advantages of a European Passport 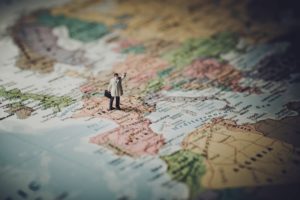 Origins of the surname Abarbanel

The surname was widespread amongst Jews of Spain during the Golden Age. We can see that “Abarbanel” appears is first documented as the name of a Jewish family living in Seville in 712. Their name was written as “Abravanel”. The surname was formed on the basis of a patronymic, meaning that the family were descended from ancestor named Abraham. Other families with this name lived in Spain prior to the expulsion, in the towns of Cordova, Valladolid, Guadalajara, Maqueda, Valencia, as well as Lisbon in Portugal.

In the 15th century, the great Jew Don Isaac Abarbanel (אברבנאל) indicated that this name was derived from four nouns Av-Rav-Ben-El (אב–רב–בן–אל) which means “Father-Rabbi-Son [of]-God;” however, this argument appears less plausible after more research.

After the expulsion from Spain we come across this name in Italian cities such as Naples, Ferrara, Venice, as well as in Amsterdam, London, Rhodes, Athens, Thessaloniki, Izmir, Istanbul, Algiers, Recife (Brazil), and in Egypt.

Different Variations of the Surname

There are 441 Israeli residents who have the surname Abarbanel. In addition, 183 residents have the name Abravanel. There are additional Israelis who had the name in the past but Hebraicized it to “Bar” or to another surname.

According to our office’s research, there are about 2,000 additional people around the world who have one of the variations of the name listed above. They live primarily in the United States, Brazil, Argentina, and France. However, we also find them in Turkey, Bulgaria, Greece, Peru, Costa Rica, Italy, Belgium, Switzerland, England, Germany, Russia, the Ukraine, and so on.

Thank you to Mr. Jonathan Gavrielov who helped write this article.

The office of Cohen, Decker, Pex & Brosh helps advise descendants of Spanish of their rights. Many ask us what the conditions are for obtaining a Portuguese passport. In Israel, there are about 3.5 million residents who are eligible for Portuguese citizenship. If your last name appears on this list, you have met the first criteria, and therefore have legitimate ability to receive a Portuguese passport.