Sephardic prayers are part of a Halachi  tradition that is 1150 years old. The Babylonian sources of the tradition stem from the first Jewish prayerbook; first edited by the head of the Jewish Exile community, Amram Gaon, in response to the Spanish communities’ request for a uniform and accurate prayer compendium. Over time, liturgical poems were incorporated into the order of prayers. Today the “Nusach Sefard” is the standard order of prayers in Sephardic communities. If you can prove that your ancestors prayed their prayers in the “Spanish style”, that is evidence that you are a descendant of Spanish Jewish expellees. Other forms of proof include membership in Sephardic communities, speaking the Ladino language, preparation of traditional Sephardic dishes, garments that originated in Spain and were passed down through the family, and more.

Descendants of Spanish and Portuguese Jews are entitled to Portuguese citizenship. There are approximately 3,500,000 such descendants in Israel and the rest of the world. The law offices of Cohen, Decker, Pex & Brosh assist their clients in obtaining certification from the Portuguese Jewish communities and, following this confirmation, Portuguese citizenship. This series of articles, written with the assistance of Jonathan Gavrielov, will explain the history and character of Spanish Jewry. These articles will help explain the evidence you have which may prove that you are a descendant of expellees. 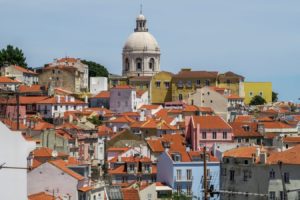 The order of prayers known as “Nusach Sefard” was introduced by expellees from Spain and Portugal in North Africa and countries of the Ottoman Empire. The Spanish order of prayer was adopted for several reasons: the high cultural status of the expellees; their large numbers relative to the local Jewish communities; and the acceptance of this order of prayer by the world-renowned rabbi Ha’Ari (Rabbi Isaac Luria). In brief, the innovations are evident in slight differences in the text of the prayers; primarily evidenced by Sephardic liturgical poems which replaced or were added to existing compendiums.

Sephardic liturgical poems differed from the local ones in that they contained a range of “educated poetry”. This poetry reflected philosophical ideas about the uniqueness, power, and description of the Creator. It was influenced by two biblical sources: Song of Songs and Psalms. Noted poets who appear in the Nusach Sefard prayerbooks are: Rabbi Solomon Ibn Gvirol, Rabbi Moses Ibn Ezra, Rabbi Abraham Ibn Ezra, Rabbi Yehuda HaLevi, Rabbi Joseph Ibn Avitur and Rabbi Isaac Ibn Giat. The custom in the synagogues of the Spanish expellees was that the cantor would chant alone, with the congregants repeating his words after him. This custom, brought by the expellees from Spain, can now be found in all Sephardic communities.

A Description of the Expellees’ Tombstones

Tombstones of the expellees during the Middle Ages, especially those who migrated to Eastern European countries, were ornamented and showed more creativity than the tombstones of either local Jews or non-Jews. This creativity was evident in the epitaph – the inscription on the tombstone in memory of the deceased. In pre-expulsion Spain, epitaphs in Hebrew and Aramaic could be found as early as the 10th century. After the expulsion Jews added epitaphs in Latin languages.

In Holland, for example, on some tombstones of members of the Portuguese Jewish community, the writing is in Portuguese, inspired by Christianity, with very little Hebrew. The Dutch expellees’ tombstones were accompanied by Biblical illustrations, such as the Binding of Isaac, Abraham at Mamre, Joseph’s dreams, Daniel in the lion’s den, etc. Later, from the 18th century on, Hebrew became the dominant language for tombstone inscriptions, without the earlier rich style.

In general, expellee’s tombstones in Eastern Europe were illustrated with anthropomorphic motifs (for example, God speaking with the prophet Samuel) that showed Christian influence. In Muslim countries, however, due to the influence of Islam, anthropomorphic images did not appear because of religious prohibition in Islam. In the Ottoman Empire, the Spanish expellees used Hebrew letters and a richly ornamented horizontal writing until the 18th century. After this point they switched to arabesques and images of greenery, without any animals or anthropomorphic motifs, as noted above. If the tombstones of previous generations of your family are in the Sephardic style, that is a significant evidence that you belong to the Sephardic community.

The Sephardic epitaph is written horizontally, unlike the Ashkenazi one, which is written vertically. This difference appears on expellee tombstones in Western European communities – Holland, England, etc. Sephardic tombstones are larger than Ashkenazi, and bear longer and more richly ornamented epitaphs, both in lettering and in style. Another feature of the Sephardic epitaphs, distinguishing them from the Ashkenazi tradition, is liturgical poems, Sephardic Prayers, in honor of the deceased, in various languages.

Contact us for assistance in emigrating to Portugal – law offices of Cohen, Decker, Pex, Brosh

The law offices of Cohen, Decker, Pex & Brosh specialize in emigration in general, and particularly in emigration to Portugal. It is important for us to provide you with full information on your rights as a descendant of an expellee family, and help you identify yourself as a candidate for Portuguese citizenship.

Arrange a consultation with the law offices in Petach Tikvah or Jerusalem to obtain legal assistance regarding emigration to Portugal.