The Spanish Anusim (Marranos) in Venezuela arrived in this country from Western European countries and Caribbean islands. Upon arrival in Venezuela, the descendants of the Anusim engaged in trade and export of coffee, vanilla, tobacco, and paints to the entire western world, and were considered amongst the greatest merchants in Venezuela. Among the distinguished Sephardic figures were names such as: Yeshurun, Nasi, Ohev, Gabbai, Cohen, Deilan, Moreno, Nahmias, and others.

Looking for an Attorney in Israel for Portuguese Citizenship? 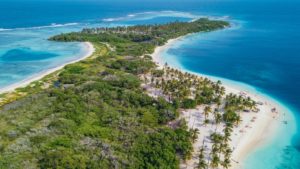 The office of Cohen, Decker, Pex & Brosh specializes in helping to obtain Portuguese citizenship for the descendants of Jews expelled from Spain, whether these descendants are Jewish or not. If you know that you are a Christian descended from Jewish exiles from Spain, and your family comes from regions such as North Africa, America, the Balkans, Western or Eastern Europe, India, Iran, China, or other Asian countries, you may be eligible for Portuguese citizenship.

The era of Jewish settlement in Venezuela began in the mid 17th century, when hundreds of descendants of Marranos came from Western European countries and Caribbean islands, such as Cuba, Jamaica, etc. to settles in Venezuelan cities such as Caracas, Tucacas, Coro, Maracaibo, and the island of Curaçao, which borders the country. During this period, two empires who hoped to channel their trades throughout the country fought on Venezuelan soil: the Spanish and Dutch empires.

The settlement of Jews in the Venezuelan port cities mentioned above took place under the Dutch rule, while the Spanish were raising alarm amongst the Jews, who feared the Church inquiries – the Inquisition – just as their ancestors also feared expulsion under the rule of Spaniards in Spain and regions of South America. Under the Dutch rule, the city of Tucacas and the island of Curaçao became important active trade centers. This is due to the Spanish and Italian Jewish communities who arrived from the city of Livorno in Northern Italy (Spanish expellees had gone there) and were known as “Grana communities.”

The Sephardic (Sefardic) Jews built houses, raised and kept sheep, erected synagogues and fortresses against bandits and the Spanish navy, as they were afraid of the Spanish soldiers. Over time, Spanish attempts of invasion were thwarted by Dutch naval units, along with the assistance of the local population and the Jews themselves.

Integration of Jews of Spanish Origin in South American Trade

Under the command of the Dutch marquis in Tucacas was Samuel Gradis Gabay (Samuel Hebreo according to the Dutch) who served as “master of the region” under the Dutch authorities. In addition, he also served as the president of the Sephardic Jewish congregation in Tucacas, which was called Congregation of the “Holy Brotherhood” (Santa Irmandad). Samuel Gradis was the son of David Gradis, a successful merchant born in Bordeaux, who engaged in trade with Holland, England, Southern France, Canada, and the French West Indies (the Antilles which are part of the Caribbean islands). He exported linen, alcohol, wine, and picked meat in exchange for sugar and indigo. Following his sons’ dealings in the Antilles, his son Samuel also became engaged in trade in Venezuela and was recognized as a local leader.

Persecution of the Spanish Anusim in Venezuela

In 1717 Venezuela (in most of its territory), together with Ecuador and Colombia, became a united Spanish province called the “New Granada.” Due to claims by the Spanish clergy to local governor Pedro José de Olivarriaga, it was decided that the city of Tucacas would be “wiped out” along with the unwanted “Jewish Contraband Trade.” In 1720, Spanish forces arrived on the decks of 40 ships that attacked and captured the city from the Dutch. The synagogue was destroyed by the Spanish conquistadors, while the Jews chose to burn down their own homes and flee to the Dutch island of Curaçao, near the Venezuelan coast, with the help of 30 ships. The Dutch island Curaçao was a sort of Jewish stronghold for years, in which thousands of descendants of Spanish and Portuguese Jews traded with their brothers in the American colonies and Caribbean islands.

The Jews of Coro fled the city in 1855, after suffering acts of violence by the citizens, prodded by the anti-Semitic, xenophobic Venezuelan authorities. The reason for these acts of violence in Coro was because of the dominance of Jews in the local trade. These Sephardic Jews also fled to the Dutch island of Curaçao.

In the early 2000s, the Venezuelan Jewry numbered about 25,300 Jews, while the Sephardic Jews consist about 40% of that population. Following the election of President Hugo Chavez at the end of the 1990s, and his anti-Semitic attitude towards Jews and the State of Israel, Venezuelan Jews immigrated to Israel and other countries. Today, the Jewish community in Venezuela numbers about 7,000 people, most of whom belong to the Sephardic community (Moroccan, Greek, Turkish, Syrian, Lebanese, Bulgarian, or Yugoslavian).

Thanks to Mr. Jonathan Gavrielov for researching and writing this article, as well as others, on the Jewish Sefardi expellees and Anusim in different countries.

We would be happy to assist you in knowing if you are eligible to receive Portuguese citizenship. For an initial conversation to check eligibility for a Portuguese passport, call one of the following numbers: