Sephardi U.S Jews established the first Jewish communities in North America. In the beginning, the United States Jewish community was comprised of Spanish expellees and converts from Western Europe and South America. When the Sephardi community settled down in the coastal cities of what will be known as the USA, it earned the name “Kehal She’erit Israel.”

The descendants of these first Sephardi communities mixed with later waves of Ashkenazi immigrants. If you can prove one of your ancestors was Sephardi, you are entitled to a Portuguese citizenship.

The benefits of a Portuguese passport:

The Expulsion from Spain and moving to the United States 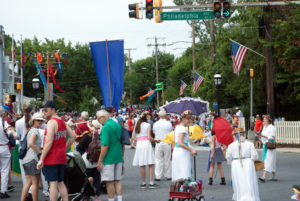 In 1492, the Spanish King Fernando and Queen Isabel ordered a general expulsion of all Jews from Aragon and Castilia. Over the years, the Jews in the Iberian Peninsula suffered from violent riots under different governments, but this was the first time such a large number of Jews were expelled. Roughly 80,000 Jews converted to Christianity to retain their Spanish residency. 150,000 Jews refused to convert and fled to all corners of the earth. Some of them even reached the colonies of the Dutch West India Company, on the eastern shore of present day USA.

The first Jewish group to set foot on American ground was a group of Dutch refugees of Portuguese descent. They arrived on September 1654, from the City of Recife in the north of Dutch Brazil. They were expelled from Brazil due to the rise of conservative and zealous Catholic and Puritan Portuguese powers in the Dutch colony. After the zealous Christians rose to power, they led an Inquisition regime just like in Portugal. This regime was based on clergymen, dressed as civilians, who searched for “heretics” across Brazil with the purpose of conversion or expulsion.

The miracle that stopped the expulsion of Sephardi U.S Jews

When the Portuguese Jewish expellees came to the city of New Amsterdam (yet to be renamed into New York) they were unwanted among the Church and local merchants. The opposition pleaded with the Dutch General Director in the colony, Peter Stuyvesant, to expel the Jews. Stuyvesant wrote a letter to the managers of the Dutch West India Company:

“The Jews who have arrived would nearly all like to remain here, but learning that they (with their customary usury and deceitful trading with the Christians) were very repugnant to the inferior magistrates, as also to the people having the most affection for you; the Deaconry also fearing that owing to their present indigence they might become a charge in the coming winter, we have, for the benefit of this weak and newly developing place and the land in general, deemed it useful to require them in a friendly way to depart, praying also most seriously in this connection, for ourselves as also for the general community of your worships, that the deceitful race — such hateful enemies and blasphemers of the name of Christ — be not allowed to further infect and trouble this new colony to the detraction of your worships and the dissatisfaction of your worships’ most affectionate subjects”.

However, among the Company managers were Jews who intervened in favor of the expellees and denied General Director Stuyvesant. They claimed that the requirement to support those in need would not become a burden to society nor to the local community, since the Jews are supported by their own community. In addition, they would invest in the Company shares.

The managers of the Dutch West India Company recognized Jews as property owners and global traders, thanks to the religious and familial connections with other Jews worldwide. Affluent Spanish and Portuguese Jews could be found in the Dutch colonies in North America before the arrival of the Portuguese community from Brazilian Recife, but they came as individuals rather than a community. Also, unlike most local Europeans who came to settle in large farms, the Jews settled down in a handful of port cities and made a living of trading sugar, molasses, grain, chocolate, weapons etc. with Jews from Italy, France, England, the Netherlands, Suriname, and the neighboring Barbados and Jamaica. Over time, additional ships continued to come and bring more Spanish and Portuguese families, specifically from the Caribbean.

Jewish Spain in the early years of the United States

In 1664 the British took over the government in the area, but the status of Jews remained as it was under the former Dutch government. The only change was that the community grew and expanded over various cities in coastal states such as Rhode Island, Pennsylvania, Georgia, Carolina, New York, etc. In the first century of English regime, the Jews were not allowed to publicly display their religion, and were forced to practice religious ceremonies in the privacy of their homes. Until 1740, US citizenship was only granted to specific Jewish nationals who held high socioeconomic power.

However, as of 1740, the Parliament enacted a law stating that Jews may be eligible to US citizenship even without swearing their support of “Christianity and Christ.” Sephardi Jews continued to come to the US from Spain, Portugal, the Caribbean and South America, in many cases also as converts. In 1763 they inaugurated the Touro synagogue in Rhode Island, which is considered the oldest synagogue in North America.

Members of the Spanish and Portuguese community took part in US history and development from the early European settlement, through its declaration of independence, the composing of its democratic constitution and during the civil war. They included men and women such as: Benjamin Cardozo – Supreme Court Justice and one of Roosevelt’s “Three Musketeers”, Haim Solomon – a financier of the US revolution, Emma Lazarus – poet, most distinctly known for the sonnet she wrote which is engraved on the Statue of Liberty, Baruj Benacerraf – Noble Prize laureate in Medicine and Physiology, and many more.

Distinct Sephardi Persona in the US:

Aaron Lopez – (1782-1731) merchant and philanthropist. Member of a family of Portuguese-English converted Jews who returned to Judaism. At the time, he was the richest man in New Port, Rhode Island, British America. He established factories for special wax extracted from whales and other sea mammals. He exported ships, barrels, rum and chocolate to various countries in the US, Europe and faraway islands. He owned approximately 30 ships, some of which engaged in the trans-Atlantic slave trade.

Uriah Levy (1792-1862) – an England-born Portuguese Jew. Served as the first Jewish Commodore in the US Navy. He was credited for the abolishment of flogging, which was customary in navies at the time. He was also a philanthropist and owned vast fields used in his real estate business. Levy was a known fan of Thomas Jefferson and supported his values. He also bought Jefferson’s estate – the famous Monticello Estate – rehabilitated it and turned it into a private resort. His widowed mother (Rachel Phillips Levy) lived there in the last two years of her life, and was buried there. Uriah donated a bronze statue in Jefferson’s image to the White House, where it stood for 39 years. It is currently standing on Capitol Hill, in Washington DC.

Additional articles about the Sephardi communities in various countries:

We thank Mr. Jonathan Gavrielov for his assistance in research and writing this article about Sephardi U.S Jews and other articles about the Spanish community in the diaspora.

Looking for a Portuguese citizenship lawyer?

Cohen, Decker, Pex & Brosh law firm has over 30 years of experience in immigration law. The firm maintains contact with the Jewish community in Lisbon and Porto that grant the recommendation letter required for Portuguese passport eligibility. If your ancestors included Sephardi U.S Jews, you may obtain a Portuguese citizenship.

We would be happy to check your eligibility for a Portugal passport!

Call to schedule a meeting with a lawyer in Petah Tikva or Jerusalem.