Origin of the Surname “Ohana” – Process for Acquiring a Portuguese Passport

Many Jewish surnames originate from Spanish Jewry. This article will focus on the Spanish (Sephardic) origins of the common surname “Ohana,” explaining the origin and evolution of the name throughout the years. The Israeli law office of Cohen, Decker, Pex & Brosh helps the families of Jews expelled from Spain in the process of acquiring a Portuguese passport.

Why should you work to get European citizenship? 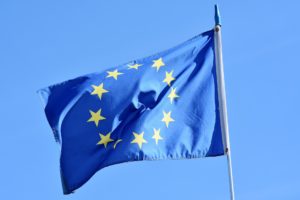 Origin of the Surname “Ohana”

The surname Ohana is derived from the Spanish town of Ugena, located on the line between Toledo and Madrid. As many know, in Spanish the letter “g” is usually pronounced as a hard “h” sound, which helps to clarify the connection of the surname with the town. This name is a toponym, which means that it is derived from the name of a location, which in this case is a town. The name Ohana is especially common amongst Jews from Morocco.

Ugena is about 40 kilometers from Toledo, which was a Jewish colony at the time of the Muslim conquest. Toledo was a large and important city during the Spanish Golden Age, and contained many thousands of Jews, including yeshivot of many brilliant disciples. Thus it was inevitable that the Jews that came to Ugena were from the large city of Toledo.

Different Ways of Writing and Pronouncing the Name

More names derived from Ohana are – Ohanun – which about 72 Israelis have, Ohanana – 67, Ohna – 58, and the last one is Ohanina, a name which about 34 Israelis have. It is estimated that there are between two to five thousand Jews, and descendants of Jews, around the world who have the name Ohana, especially in France, United States, Argentina, and Brazil.

Additional Articles about Sephardic Jewry Around the World

Thanks to Mr. Jonathan Gavrielov for his research and for writing this article.

The office of Cohen, Decker, Pex & Brosh can assist you in learning the Sephardic connection in your family so that you too are able to learn about your rights according to the Portuguese law of return and benefit from its advantages. On our website you will find the best explanations that list the conditions for obtaining a Portuguese passport. Obtaining Portuguese passport for a convicted felon, costs of receiving Portuguese citizenship, citizenship for spouses and children, Portuguese citizenship for non-Jews, and everything related to the subject. To see if you are eligible, contact us by phone.