What kind of language is Ladino? Many Latin languages were spoken by the residents of the Middle-Ages Iberian Peninsula (known today as Spain and Portugal). At the time the Jews did not have a uniform language that would distinguish them from the local population. Each community spoke the dialect common in its kingdom. The Jewish populations used dialects such as Catalan, Galician, Portuguese, llengua llionesa, Arabic, and more.

In 1492 the Jews were expelled from Spain and later, in 1497, also from Portugal. They exiled to the Ottoman Empire territories and North Africa. Following the expulsion, the expelled Jewish communities decided to retain the rich Sephardic tradition through a single language that combines Spanish, Hebrew and local words. At the time Spain was already united as one country (without kingdoms) with a single language – Castilian Spanish. Ladino is mostly based on Castilian Spanish and is also called Jewish Spanish.

Ladino in the Balkan and North Africa 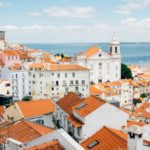 The Jewish expellees in the Ottoman Empire: the Balkans, Turkey, Egypt and North Africa, specifically Morocco, voluntarily developed their dialect, mostly comprising of Spanish words but also Hebrew and local languages. It is estimated that in the Balkan countries (such as Bulgaria, Bosnia, Serbia, Macedonia, etc.) over 30% of the vocabulary developed out of words in the local language. A census held in Greece in 1928 showed that approximately 63,000 of the Greek natives spoke Ladino.

WWII was the crucial factor in the disappearance of the language, as the Ladino-speaking communities in Europe were obliterated in the Holocaust. These days the Ladino language is scarce and at the verge of extinction. Still, four countries officially recognize Ladino: Israel, France, Turkey, and Bosnia and Herzegovina.

Did your family speak Ladino? Proving eligibility to a Portuguese passport

Descendants of Ladino speakers – contact our experts on immigration to Portugal

Our office specializes in obtaining Portuguese citizenship for descendants of Spain and Portugal expellees. This series of papers written with the help of Jonathan Gavrielov explains which features may help prove that your family originated from Spanish expellees. If you have documents and testimonies proving that your ancestors were among the expellees, contact us. Set up a meeting in our Petah Tikva or Jerusalem law firm to receive legal aid in immigration to Portugal.