The Jewish Canadian diaspora started out as a mixture of Spanish, Portuguese, French, English and German immigrants. They arrived to the New World to settle and do business while free of persecution. Before other Jews arrived from around the world, the Sephardi community stood alone in Canada for almost 70 years. This Jewish Sepharadic community influenced the development of Canadian society, including contacts with the royalty in England. Over time, the Jewish Canadian community grew and spread from the Atlantic coast to the Western Canadian provinces. They developed and enjoyed excellent religious, spiritual and social culture, continuing to this day.

This article includes historic information about the Jewish community in Canada and discusses obtaining Portuguese citizenship for Canadian Jews. The immigration lawyers at Cohen, Decker, Pex, Brosh, can help you obtain Portuguese citizenship based on the Spanish-Portuguese law of return. So far, over 10,000 Israelis and foreign residents were able to receive a Portuguese passport.

The Expulsion from Spain and the New World 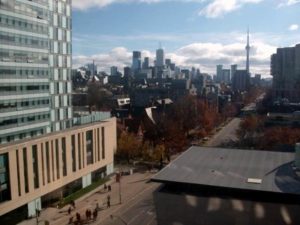 The Jewish people remember 1492 as a year of grief and shock. The large and thriving Spanish communities were expelled after 700 years of intellectual bloom in scholarship and science. Following the great expulsion, the Jews were dispersed to all corners of the earth. Some eventually came to live in the Caribbean, where Columbus discovered a new world on the same year the expulsion took place. As the new continent was colonized, the expellees traveled to its southern parts, both from the Caribbean and from the Netherlands in Europe. There, they were able to establish a Jewish colony in North-Eastern Brazil, in the City of Recife, which was under Dutch regime for 24 years.

This changed in 1654 – the year of the Portuguese conquest, establishing the Inquisition in Brazil. The Jews fled, as their settlement in the Portuguese colonies in South America was forbidden. Upon their expulsion, some Jews from the Recife community came to the “New Netherlands” colony on the Eastern shores of the USA – the modern day New York, New Jersey, Boston and Rhode Island area.

The new Sephardi Portuguese community in Canada was called “Kehal She’erit Israel”. Some of the community traveled north over the years and came to the area of Canada (this name was first used to describe the south-eastern part of the country, between the Hudson Bay and the Atlantic). In Canada, the Sephardi / Portuguese community was first officially acknowledged in Montreal on December 30, 1768, under British regime. This regime, unlike the French Dominion and the Spanish and Portuguese colonies, accepted Jews in its various colonies. The Spanish and Portuguese colonies went as far as to forbid Jewish traders from setting foot in the settlements unless they converted to Christianity. We should note that before the Sephardi community in Montreal was established, there was a Jewish settlement in Nova Scotia, Canada, next to the US border. However, this community was not as organized and financially established as the Montreal community.

Social and economic integration of the Jewish community in Canada

For some time, as the Sephardi communities resided in Montreal, they enjoyed economic and political privileges, thanks to the civil rights granted to them by the British. After almost 1500 years under Christian regime in various countries, these Jews were finally considered equal citizens, integrated in society, without fear of persecution for their religious lifestyle. They also held trade relations with London, dealing in the fur, clothing and weapons business. Jewish notables owned major real estate projects and served as high-ranking military officers.

The community included affluent, leading and famous men in Canada, such as Aaron Hart, an Ashkenazi Jew who was the richest Jewish trader in the country, and one of the Sephardi community founders; Joseph de la Peñha – an honorable trader who received land in the Labrador Peninsula from the King of England, William III; and Rabbi Abraham de Sola, who served as the spiritual leader of She’erit Israel congregation in Montreal. He was also a lecturer, scientist and professor in the Arts and Languages Academy of McGill University, Montreal. He was a known philanthropist who supported the Jewish settlement in the Land of Israel and Persia.

The first Sephardi synagogue was built in Montreal in 1777 and was called the “She’erit Israel” synagogue. This synagogue served as the sole house of prayer for the Canadian Jewish community until 1838, when an Ashkenazi synagogue was built for Jews of French, German and Polish descent. It was called “Emanuel”. Over the years, the Sephardi communities in Canada continued to be a crucial element of Canadian society, contributing in the fields of medicine, biology, computers, history, physics, and more. These days, the Sephardi communities dispersed in all Canadian provinces include roughly 30,000 Jews, out of a Jewish Canadian population of 375,000 in total.

Additional information about the expellees’ communities in the diaspora:

We thank Mr. Jonathan Gavrielov or his assistance in research and article writing for this and other articles about the Spain and Portugal communities in the diaspora.

Contact an attorney to obtain a Portuguese passport in Tel Aviv!

Cohen, Decker, Pex & Brosh law firm specializes in immigration and obtaining Portuguese citizenship to descendants of expelled Jews. We would be happy to assist and advise you primarily over the phone to inspect your eligibility to a Portuguese passport. Contact us to set a call with an immigration lawyer to Portugal in Petah Tikva or Jerusalem in the following numbers: