Immigration to Israel – Entry and status in Israel

Immigration to Israel – the right to receive legal status in Israel. Since the 1990s, the state of Israel has become an attractive destination for Jewish immigrants, foreign workers and anyone wishing to relocate and settle in Israel. In addition to Jews or descendants of Jews entitled to make Aliyah based on the law of return, Israel also attracts refugees, asylum seekers, foreign workers, students, volunteers, tourists, academics and various visitors. This had caused the Israeli Ministry of Interior to add further restrictions to gaining legal status in Israel. These apply to foreign experts, spouses to Israeli citizens, and others seeking Israeli citizenship / residence. 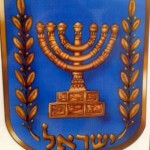 If you encounter difficulties in regarding immigration to Israel, our law firm Cohen, Decker, Pex, Brosh is here for you. CDPB is a law office in Petakh Tikvah and Jerusalem, which specializes in immigration. Joshua Pex, an Israeli immigration lawyer will explain the office’s range of services. CDPB represents companies, individuals and couples vis-a-vis the Ministry of Interior regarding:

* Visas for expert workers for Israeli and foreign companies
* Application for all types of visas
* Application for extension of all types of visas
* Protection from deportation from Israel
* Appeals against decisions of the Ministry of the Interior
* Legal representation before the appeals court, The Court of Administrative Affairs and the High Court of Justice (HCJ) regarding MoI decisions
* Obtaining status in Israel for an elderly parent of an Israeli citizen
* Bringing the parents of a “lonely soldier” to Israel
* Gaining Israeli citizenship as a former permanent resident
* Legal advice and support during the Giyur process
* Procedure for granting legal status in Israel to the great-grandchild of a Jew – immigration to Israel for the “fourth generation”
* Remaining in Israel as a result of the graduated procedure following termination of the marital relationship
* Obtaining legal status for children of Israelis and foreign spouses
* Legal status in Israel for foreign spouse, married or common-law partnership
* Entry visas for foreign students in Israel
* Clergy Visas for religious workers
* Visas for Indian Businessmen

And an extensive range of consulting services and legal support when dealing with the immigration to Israel.

CDPB’s immigration services are available to everyone who encounters problems in gaining legal status in Israel. If your Aliyah application is refused due to your criminal history, your spouse’s request to enter into Israel is denied, you need to bring expert workers into Israel as quickly as possible, your Giyur isn’t recognized, your entry into Israel is refused because of your political convictions, and more, we are happy to be of service.

The law firm of Cohen, Decker, Pex, Brosh has a permanent liaison with the Israeli immigration authorities, including the Ministry of the Interior. In order to promote the client’s interests vis-à-vis immigration to Israel, we specialize in all aspects of immigration to the State of Israel, in order to provide our customers with the fastest and most effective service solution to their problems.

If you need legal information or assistance, contact CDPB. Schedule a meeting at our law office in Petah Tiqua or Jerusalem in you are currently in Israel or arrange a remote consultation if you are currently abroad.