Legal status for parents to lone soldiers in Israel

Bringing the parents of a lone soldier into Israel

Procedure for granting legal status for parents to soldiers.

Defense Ministry data shows that close to 6,000 lone soldiers currently serve in the IDF. 45% of the IDF’s lone soldiers are new immigrants from Jewish communities around the world. Another 50% are Israeli orphans or Israelis of families of low socioeconomic status who are classified as lone soldiers. There’s also a small number of lone soldiers who, following their recruitment, suffer from communal and family ostracism among the Israeli ultra-orthodox (Haredi) community. It should be noted that despite the difficulty of service and complex family circumstances, many lone soldiers serve in combat units and are highly motivated.

The special needs of a lone soldier 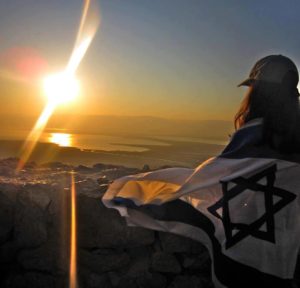 As of 2018, a lone soldier receives a monthly salary of approximately NIS 1,000. This salary is, of course, not sufficient to cover all the soldier’s needs, including living expenses, shopping, food, and other daily necessities. A young person who hangs out with his friends or buys snacks at the military mini-market, has basic expenses that a 1,000 NIS salary fails to cover. Many lone soldiers also suffer from lack of familiarity with state and government institutions, and therefore find it difficult to manage their funds. Lone soldier lack resources to help face everyday challenges (help in running the household and daily life) and after their demobilization, help in dealing with state institutions.

Need for family and loved ones.

Many lone soldiers are in a state of constant solitude. They arrive in Israel on their own, without being intimately familiar with the state and culture, only to immediately embark on the great challenge of military life. Every time a lone soldier takes a leave to return to his home outside the base, he has to deal with daily hardships without help from his family.

The difficult situation of lone soldiers in Israel, with their family abroad and unable to help, led the Knesset (Israeli parliament) to discuss the possibility of helping lone soldiers by bringing their parents to Israel and eventually granting them a permanent residence permit. After the approval of the Interior Committee and encouragement to amend the legislation so that it would benefit the lone soldiers, the procedure for granting status for parents of lone soldiers was enacted.

This procedure lists a gradual multi-step process the parent can undergo in order receive a permanent residence permit in Israel to live alongside his soldier offspring.

Granting legal status in Israel to parents of lone soldiers – the stages:

In the first stage, an IDF soldier’s parent receives a B/2 (tourist) visa, which allows him to stay in Israel for a period of up to three months.

Later, when the parent arrives in Israel, an application for a temporary A/5 status, granting residence in Israel for a period of one year can be submitted. This interim resident visa can be extended for a period of two years.

The parents can stay in Israel as an interim resident with an A/5 visa for a period of up to 4 years.

At the end of this procedure, permanent residency can be obtained on a specific request and according to the procedure for granting status to parents of soldiers.

It should be noted that a soldier’s parent may apply for Israeli citizenship, in order to become an integral part of the Jewish people, subject to qualifications for Israeli residency and citizenship.

The conditions for the application, per the procedure for granting status for parents to a soldier:

1. Personal presence of the lone soldier inviting his parents at the Population Authority Bureau.

2. Application for an entry visa for the invitee (parent or parents of the soldier).

3. The soldier must produce a valid ID, and up-to-date passport photo, a birth certificate, and verified and translated certificates attesting to the family connection between the soldier and the invitee. These documents must be authenticated by an Apostille stamp or by an Israeli consulate abroad.

4. The invitees passport must be valid for at least six months beyond the validity of the residence permit (i.e, a total of at least 9 months if the invitee receives a three month B/2 visa).

5. Documents confirming the soldier’s period of service in the IDF. In order to be qualified, the soldier must be currently enlisted, having served for at least 12 months and called for a service period of more than 18 months. Confirmation of length of service may be received from the city’s military headquarters (“K’tzin Ha’ir”).

6. As of 01.01.22, soldiers who have already completed regular service will not be eligible to apply for status for their parents.

7. An original and authenticated certificate of integrity of the invitee, which includes original names.

8. The invitee is required to sign an affidavit in front of the bureau clerk. The affidavit states the invitee’s understanding that it is not possible to grant status to other family members based on the status the invitee will receive in Israel.

9. If the invitees are immigrants from the former Soviet Union, a recommendation should be obtained from the relevant liaison office(Nativ in Jerusalem).

10. Payment of a fee according to the fees list of the Population and Immigration Office.

Summary of the procedure

After the Population Authority ascertains that the soldier and the parent meet all required criteria, a gradual procedure will begin in which the invitee, the parent of an IDF soldier, receives a B/2 visa for a period of up to 3 months and then receives a temporary resident status (A/5).

After 4 years, the parent will receive a permanent resident status and will be allowed to become a citizen after applying for Israeli citizenship.

This procedure is unique and specific to these cases and it should be ascertained that the applicants comply with all the conditions of the procedure and conduct their conduct vis-a-vis the Population and Immigration Authority in a reliable and correct manner, and according to the criteria for granting status to parents of soldiers.

The law office Cohen, Decker, Pex and Brosh specializes in immigration to Israel. We have a great deal of experience in handling applications for status in Israel vis-à-vis the Ministry of the Interior. Contact us for legal advice regarding legal status for parents of IDF soldiers, or legal aid dealing with the Population and Immigration Authority.