Registration for foreign NGOs (non governmental organizations) operating in Israel is mandatory by Israeli law. Every NGO must register with the Registrar of Charitable Trust, aka the Registrar of Public Endowments, as a foreign company for the benefit of the public. The requirement is stated within section 345 (33) of the Companies Law, 1999.

Despite this requirement, many religious institutions who have been operating in Israel for centuries (some of which own a significant amount of property in Israel), and large international humanitarian NGOs, are currently not registered with the Registrar of Public Endowments.

Many public benefit companies have registered as such with the Registrar of Companies within the Ministry of Justice prior to the 2007 implementation of Amendment 6 to the Companies Law. Before that time, public benefit companies were practically unregulated. Hereinafter, their legal management requirements were similar to those of Israeli NGO associations (amutot). More information on the subject can be found in the linked article. 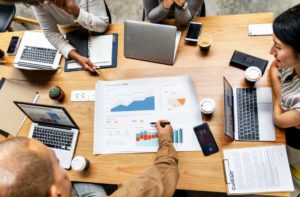 Many of these companies for the benefit of the public are still recognized as an institution for public benefit (“Malkar”) by the Israeli Tax Authorities. However, said recognition might theoretically be rescinded at will. One possible immediate result is considerable difficulty in the ongoing management of bank accounts.

As this article will demonstrate, continued lack of registration is improper and carries immense risk to the NGO in question.

A Foreign NGO in Israel Must Register with the Registrar of Public Endowments:

Any entity which has a place of business in Israel, acts for public purposes, and forbids the distribution of profits, is subject to all the relevant sub sections of section 345 to the Companies Law, which deal with companies for the benefit of the public.

According to section 346 to the Companies Law, a foreign company will not conduct business in Israel without proper registration.

According to section 345 (b) and (c), a company which has public objectives, and which forbids distribution of profits within its bylaws must register as such within the Registrar of Public Endowments.

“(a) If the bylaws of a foreign company, which has a place of business in Israel, prescribe only public purposes and if it’s bylaws forbid the distribution of profits (in this Law: “foreign public benefit company”), then the provisions of this Law on a public benefit company shall apply, mutatis mutandis and with changes that the Minister may prescribe in regulations”.

Due to the fact that many of the foreign NGOs operating in Israel are already properly regulated by a set of laws and regulations within their own countries, and due to the fact that these sets of laws, and regulations, are no less worthy that those which exist in the State of Israel, the Minister of Justice may exempt a foreign NGO in Israel, upon request, from the relevant provisions of section 345 of the Companies law, in full or in part

Below is the wording of section 345 (33) to the Companies Law in this regard:

In order to register a new or existing foreign company for the benefit of the public, the following documents must be submitted to the Ministry of Justice:

The Law Offices of Cohen Decker Pex & Brosh have a unique expertise with regards to NGO legislation in Israel.

Our lawyers have decades of experience with NGO legislation in Israel.

You can learn more about NGO law in Israel in our article series on Israeli Amutot.

Please contact us for more information about registration for foreign NGOs operating in Israel: