The Israeli Procedure for a Marriage Visa

How to obtain legal status in Israel as a Foreign Spouse of an Israeli Citizen? 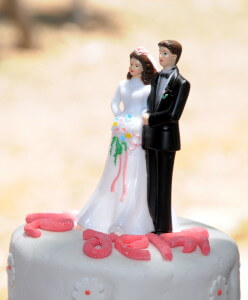 The Israeli Citizenship Act allows foreign residents to naturalize in Israel and receive Israeli citizenship or permanent residence. This article, by advocate Joshua Pex, explains how the stages of obtaining a legal status in Israel. The article also deals with the rights and procedures that concern the foreign spouse’s minor children. It should be noted that marriage to an Israeli citizen does not grant the foreign spouse an absolute right to obtain status – the couple have to undergo a “gradual process”, receiving a number of visas along the way. Permanent residence or citizenship in Israel are obtained at the end of the process, after approximately five years.

NOTE: This article does not apply to foreign spouses of Israelis residing in Judea, Samaria and the Gaza strip.

In order to facilitate and expedite this Israeli marriage visa process, we recommend using the services of our expert legal team. Members of our team include experts in naturalization and immigration to Israel, who have a great deal of experience with this procedure.

Who Can Use This Service?

Foreign citizens residing in Israel or abroad, may request an Israeli marriage visa based on their relationship with an Israeli citizen.

During the evaluation process the spouse shall be granted a temporary residence permit in Israel, and a work visa with a six-month validity. While the evaluation is in process, this permit shall be extended as required. At the conclusion of the evaluation, if the request is granted, the spouse will commence a progressive naturalization process which lasts approximately four years. If it is found that the procedure was not adhered to or that incomplete information has been provided, the Authority is permitted to revoke any previously granted permit.

Before submitting the request for a spousal visa to Israel, one must ensure that:

The following documents are required for accompanying minors (children of the foreign spouse from a previous marital relationship): 1) an original, authenticated and translated birth certificate, 2) a foreign passport, valid for at least two years, 3) an authorization from the minor’s other parent, 4) for minors over 15, proof of custody by the foreign spouse for at least two years prior to the request date.

The charges for the Israeli marriage visa service are listed in the Israel Ministry of Interior (Misrad HaPanim) fee schedule.

How to Submit the Request

The request is to be made at the Population Authority’s bureau at the Ministry of Interior office closest to the domicile of the Israeli spouse or, in the event both spouses reside abroad, at the Israeli consulate closest to their domicile.

How the Request Is Handled

After the Request Is Received

Inviting a Foreign Spouse to Israel

The request must be made prior to the arrival of the foreign spouse to Israel. If during the last year prior to the request, the couple’s center of life was abroad, they must present proof substantiating the genuineness of the relationship and of the existence of their joint household. A decision regarding extending an invitation to the spouse will be given within 45 days. If there is not enough proof to substantiate the genuineness of the relationship, the Visa Center may decline the request or request to interview both spouses; the Israeli spouse’s interview shall take place in Israel, and the foreign spouse shall be interviewed in the appropriate Israeli consulate.

If the request is approved, the appropriate visa shall be sent to the consulate. This visa is only valid for 30 days. Accordingly, the couple must refer to the Authority’s bureau within 30 days of the arrival of the foreign spouse to Israel, and the process will continue there.

A Couple that Desires to Marry Abroad

If the foreign spouse is legally staying in Israel, they can ask for a re-entry visa. Based on an initial evaluation of the genuineness of the relationship, they will be issued a three-month B/2 permit and be authorized to re-enter.

When Both Spouses Reside Abroad

The request must be made prior to the arrival of the foreign spouse to Israel. If during the last year prior to the request the couple’s center of life was abroad, they must present proof substantiating the genuineness of the relationship and of the existence of their joint household. A decision regarding extending an invitation to the spouse will be given within 45 days. If there is not enough proof to substantiate the genuineness of the relationship, the Consul may condition the continuation of the process on a security deposit.

If the request is approved, the appropriate visa shall be sent to the consulate. This visa is only valid for 30 days. Accordingly, the couple must refer to the Authority’s bureau within 30 days of the arrival of the foreign spouse to Israel, and the process will continue there.

During the progressive process, the couple shall be interviewed, and there shall be a re-evaluation of the genuineness of the relationship and its continuation, the existence of a joint center of life in Israel and the existence of any criminal or security-based hindrance. During this period, the foreign spouse must request an extension to the permit and must present this request no later than three months prior to its expiration. The permit will generally be extended for a period of one year. If it is not possible to make a decision by the time the permit expires, and there is no security-based hindrance, a six month extension shall be granted.

If the relationship has terminated or if the Israeli spouse is deceased, the progressive process shall be terminated.

No later than three months before the end of the fourth year of stay, the foreign spouse must notify the Authority’s bureau regarding their chosen status, Israeli citizenship or a permanent residence permit. This notification requires the personal presence of both spouses.

There shall be an evaluation to determine that there has been no change in the circumstances, that the marriage is still valid and genuine, that the center of life is in Israel, and if an accompanying minor is involved, that there is no opposition on the part of the other parent.

If the spouse desires to naturalize as an Israeli citizen, they must have resided in Israel at least three of the last five years and must have been residing in Israel continuously for the last two years (with the exception of short vacations). The spouse must also be eligible to become a citizen.

The bureau staff will prepare a naturalization file, and the couple shall be required to take an oath of allegiance to the State of Israel. Presently, a new identity card shall be issued and, at their explicit request, a new passport shall be issued.

We are at Your Service

If you need an expert in matters of Israeli marriage visas or a naturalization and immigration lawyer to Israel, you’ve found the right place. Our law office – Cohen, Decker, Pex & Brosh – is at your service.

We specialize in the area of immigration to Israel. Please contact us for more information.