Aliyah to Israel with a Criminal Background

Can an applicant seeking to make aliyah (immigrate) to Israel do so with a criminal background? What kind of criminal record will not allow you to immigrate to Israel? In this article Advocate Joshua Pex, Israeli immigration lawyer at Cohen, Decker, Pex & Brosh law firm in Israel, will answer these questions.

Can a Jewish Person Make Aliyah (Immigrate) to Israel despite a Criminal Record? 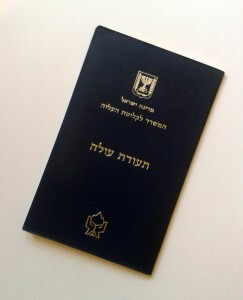 Is a Jewish person, or one who is eligible to immigrate to Israel according to the Law of Return, but who has acquired a criminal record, permitted to immigrate to Israel? On the one hand, the state of Israel is defined as the Jewish homeland, but on the other hand, the state of Israel doesn’t need to, and there are those who would justifiably argue that the state doesn’t want to, become a shelter state for criminals. The coming sections will discuss the conditions under which a person who has a criminal record is permitted to make aliyah to Israel.

The State of Israel: A National Homeland for the Jewish People

The Law of Return, dating from 1950, was called the very base of the state of Israel by David Ben-Gurion, Israel’s first prime minister. This law constitutes the main expression of Israel as a national homeland for the entire Jewish nation. The purpose of the Law of Return is to put into practice the ancient biblical commandment, “Thy children shall come again to their own border.” In order to realize the Zionist dream of the regathering from the diaspora and the return of the Jews to their historic homeland, the territories of the land of Israel, Article 1 of the Law of Return solemnly asserts that, “Every Jew is entitled to immigrate to the land [of Israel].”

Israel Is Not a Shelter State for the World’s Criminals

Despite the state of Israel’s intent to be a home for every Jew, the state’s immigration policy, like the immigration policies of the rest of the countries of the world, denies any obligation to receive into its territory offenders with a criminal record, those who might pose a danger to public safety. In accordance with the principle of maintaining public order and keeping criminal elements outside the territory of the state, Article 2(b) of the Law of Return asserts that an entry visa will not be granted to a Jewish person if they have a criminal record that suggests they may pose a risk to public safety.

Does Everyone with Criminal Record Who Seeks to Immigrate Necessarily Threaten Public Safety in Israel? 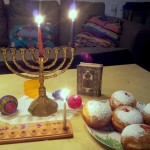 More than once the Supreme Court, in its role as the High Court of Justice, was required to rule on the question of whether a person eligible for return and who has a criminal record was permitted to make aliyah to Israel. Firstly, it must be noted that the High Court judges ruled that a person can have a criminal record, and despite this he may pose no threat to public safety. Threat to the public can be determined from the background and circumstances that surrounded the crime or from other illegal acts committed by the applicant for aliyah. Secondly, the High Court judges proposed additional criteria to examine a person’s level of danger to the public. The severity of the crime is not the only criteria that has to be given weight in the matter of an immigration application. The court judges determined that in regard to the question of a person with criminal record who is requesting to make aliyah to Israel, the Ministry of Interior’s officials who decide on the matter of the immigration request are permitted to take other factors into consideration. These factors include any evidence pointing to the likelihood of the offender repeating his crimes, his chances of rehabilitation, and the frequency of the immigration applicant’s criminal behavior.

The Ministry of Interior’s Procedural Considerations

On May 1, 2014, the Ministry of Interior updated their procedure for handling applications to change a status from “tourist” to “immigrant.” For the first time, an orderly series of considerations was added that may affect the decision to accept or reject an Israeli immigration application for a person with a criminal record. The updated procedure required the Ministry of Interior’s officials to examine the severity of the crime and the date on which it was committed. Clearly, the more serious and the more recent the crime, the higher the danger index will be. It must be noted however, that even if the crime was committed a long time ago, in cases where the immigration applicant (who is otherwise eligible by the Law of Return) has only recently been released from prison, his application will probably be rejected. When the number of crimes committed is low, and there are indications of the positive rehabilitation of the offender, these factors will work in favor of a person who is seeking to immigrate to Israel with a criminal record.

What Can Be Done If the Application Is Rejected?

A person applying to make aliyah and whose application is rejected due to a criminal record is permitted to hand in an appeal against the rejection. The Ministry of Interior’s officials in the Population and Immigration Authority’s headquarters in Jerusalem are permitted to accept or reject the immigration application following the appeal and to grant an Israeli immigrant visa. With this, it is sometimes custom that a person who is eligible under the Law of Return and who is applying to immigrate with a criminal record will not receive immediate approval to make aliyah to Israel but will rather receive a trial period of residence in Israel with only a temporary status at first. The Ministry of Interior’s purpose is to determine whether the applicant for Israeli citizenship is involved in criminal activity during their trial period in Israel. After the trial period, and on the condition, of course, that the applicant was not involved in criminal activities, the applicant eligible under the Law of Return will receive an immigrant status in Israel and Israeli citizenship.