“No religion” registration in the Israeli Population Registry

How to change one’s registry entry to “devoid of religion”?

A “no religion” registration in the Israeli public records registry is a fundamentally different process than a regular alteration of the religion and nationality clause. The change in registration to “religion-less” is essentially a declarative step. It is adopted mainly by Israeli citizens who support the separation of religion and state. Some citizens change their registration because they do not support the official institutions and laws that determine the character of Jewish religion in Israel. The law offices Cohen, Decker, Pex and Brosh in Jerusalem and Petach Tikvah specialize in immigration and legal status in Israel. This article by attorney Joshua Pex will explain the process of registration as a religion-less person in Israel.

Which Israeli citizens are listed as having “no religion”?

The state of Israel has no separation between religion (synagogue) and state. The ID registry details of each and every resident include their religion and nationality. This information does not actually appear on their identity card, but is listed in the population registry, and can be obtained by requesting a “registry summary“. The State of Israel officially recognizes only a limited number of religious communities – Judaism, Christianity (several recognized denominations) Islam, the Druze religion, and a number of other religions, such as the Samaritans, the Baha’is, and the Karaites. Adherents of other religions are officially registered as having “no religion”.

In addition, non-religious immigrants to Israel are often registered as devoid of religion. Some ask for this registry due to ideological reasons or because of their lack of understanding of what having “no religion” actually means in Israel. Others are registered regardless of their desires, because they are not recognized as Jews despite being Olim who made Aliyah to Israel according to the law of return.

Israel has around 300,000 residents and citizens who officially have no religion. Most of them were entitled to immigrate to Israel under the Law of Return, but are not recognized as Jews according to Orthodox law. Therefore, they are registered in the population registry as “devoid of religion.”

What are the practical implications of registering as having no religion? 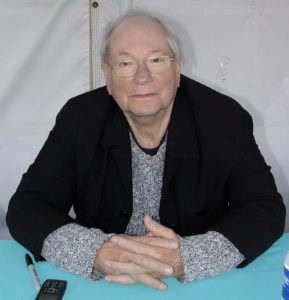 In the State of Israel, there is no separation between religion and state, as it exists in the US or other Western countries. This sometimes confuses immigrants or even residents who are unfamiliar with Israeli law.

Many Israelis believe that the state has no business being involved in matters of personal belief, or that one’s religion should be a private matter. Unfortunately, the laws in Israel do not share this attitude. The State of Israel generally recognizes marriages and other personal status changes of residents and citizens only if they are performed by a recognized religious institution.

Marriage is a religious institution in Israel

The most prominent example of the involvement of religion in the life of the individual is the matter of marriage. The State of Israel will recognize the marriage of a Jewish citizen (if it takes place within Israel) only if the marriage was conducted by a rabbi recognized by the Chief Rabbinate, according to Orthodox Jewish tradition. Anyone whose religion is registered as “Christian” must marry in a Christian church. The situation is the same for Muslims, the Druze, and members of other recognized communities. In practice, this means that within Israeli borders, one can marry only by compliance with religious customs and laws. This restricts the rights of Israeli citizens to marry freely, according to their choice.

Only members of the same religion can marry each other. There are no interfaith marriages within the borders of Israel. Members of the same sex can not marry each other. Other esoteric restrictions (some whose status is that of a Mamzer) exist for the different religious communities. Those registered as having no religion cannot marry in Israel at all, since there is (naturally) no formal religious institution for the religionless.

Civil marriage abroad for those restricted from marrying in Israel

The most popular solution for couples with no religion or who otherwise cannot marry within Israel, is a civil marriage abroad. The State of Israel recognizes marriages that have been lawfully arranged outside the country. As a result, many Israelis fly abroad to get married. For example, many couples travel to the nearby island of Cyprus to arrange a civil marriage.

However, the border control authorities are often suspicious of couples who arrange a short visit to Cyprus. Foreign spouses to Israeli citizens must be invited into Israel by their Israeli spouse via the Ministry of Interior. If the couple is suspected by border control officials of having married abroad, the foreign spouse may often be denied the right of entry into Israel until “properly” invited.

Other spouses, who cannot leave the country because they fear they will not be allowed to return, can’t both travel abroad to marry. Such couples can hold a marriage ceremony in the presence of only one partner, in Paraguay, or in absentia in El Salvador.

Naturally, arranging a marriage abroad is more expensive and complicated than performing the marriage in Israel.

What is the purpose of registering as having no religion?

If from a practical point of view being devoid of religion has nothing but drawbacks, then why register as such? Jews who wish to change their registration in the Religion and Nationality section of their registry to “no religion” do so mainly for ideological or conscientious reasons. Thus, for example, the writer Yoram Kaniuk sought to register as a non-religious as a gesture of identification with other religionless people (such as his granddaughter) and of his belief that Orthodox Judaism being integrated into state institutions contradicts the values ​​of the Declaration of Independence.

One of the reasons for registering as devoid of religion is the desire to contribute declaratively to the importance of separating religion and state in Israel, or at least to raise interest in the separation of religion and nationality. As of today, there is no official recognition of an “Israeli” nationality. It is possible that anyone registered as a having no religion thus loses their status as an Israeli national. Atheists or Jews who do not believe in Orthodox law may register as having “no religion” to live according to their conscience.

How does one register as having no religion?

Official recognition that an Israeli had converted to another religion is based on documents from an official institution of the religious community to which the person converted. The documents must state that the person has officially converted and obeys the laws and commandments of that religion. Of course, there is no official institution for those who have no religion that would issue such a document. As determined by the judgment in the matter of Yoram Kaniuk, a declarative judgment from the court can serve as a substitute for a document from a religious institution. The applicant must provide the court with a reasoned affidavit explaining why they wish to register as devoid of religion.

How to convince the court to approve the application?

It is possible to provide documents and testimonies that the applicant had no connection to religion throughout their life. Alternatively, the applicant may provide an explanation as to why they’ve decided to sever their connection to the religion to which they belonged. The goal is to convince the court that the decision to register as having “no religion” is a serious one. The applicant must have an understanding of the significance and consequences of the measure. In practice, the very fact that a person attempts the application, having spent the time and money needed for the matter, is often sufficient to convince the court.

After receiving a declarative judgment, the person applies to the Israeli Population Registry Office nearest to their place of residence. Having received the ruling, the clerks of the Population Authority shall make the change in the registration to “no religion”.

Contact our law offices in Petakh Tikvah and Jerusalem, Cohen, Decker, Pex and Brosh. Our firm specializes in issues of immigration to Israel and requests to the Population Authority, including registration as devoid of religion.