Refusal of Entry to Israel – Advice from an Israeli Immigration Lawyer

What Can Be Done about Refusal of Entry into Israel at the Border?

Have you been denied entrance into Israel and wish to take urgent legal action in order to prevent deportation? Or are already back home but want to come back to Israel? Do you want to find out if you can re-enter Israel?

In this article Advocate Joshua Pex, an Israeli immigration lawyer from Cohen, Decker, Pex & Brosh law firm, will give some basic information on this subject of refusal of entry to Israel. 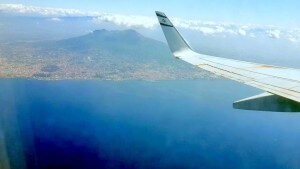 A foreign citizen requesting to enter Israel on any type of visa may be refused entry to Israel. The refusal of entrance to Israel is based on the impression of the border control officer but subject to Israeli administrative law. It must be noted that citizens of a country that must apply for a visa in advance to visit Israel, who have already received the visa in their passports, may also be refused entrance. Also, a citizen of a county that is eligible to receive an entry visa to Israel at the border is in danger of being denied entry to Israel.

The reasons for denial of entry to Israel vary from case to case, but most of the time it has to do with being a security threat or prevention of entry due to illegal immigration considerations. Also, a person who gives the impression that he or she may be a problem in terms of public safety, a hazard to public order, or a danger to public health will not be allowed to enter Israel. If the immigration officers at the border suspect a person has come to Israel in order to work illegally without a work visa, they will be refused entry to Israel.

The person who has been denied entry to Israel will receive a written explanation from the Israeli immigration officer working for the border control administration under the authority of the Ministry of Interior. The decision will say: “By virtue of the authority of the Minister of Interior of Israel pursuant to the Entry into Israel Law that was delegated to me according to section 16(A) of the law, and following checks conducted pursuant section 9 to the Law of Entry into Israel, it was decided that the person whose details are specified below is not permitted to enter into Israel.”

What Happens after Being Denied Entry into Israel

In the unfortunate instance in which entrance to Israel has been denied, this individual will be removed from Israel as soon as possible, pursuant section 10(A) of the Law of Entry into Israel, but until that time, the individual will be held in a location designated for this purpose. This detention center located near the airport is where those persons who have been denied entry are held until they can be flown out of Israel. However, visitors whose entry has been refused at other border crossings, such as the Allenby Bridge border crossing between Israel and Jordan, are sent back to Jordan.

Urgent Appeal to the Immigration Court of Appeals

In case the deportation from Israel has not yet been implemented, and the person is still being held in the detention center, it is worthwhile to consider legal action. At this point it is recommended to contact an Israeli immigration lawyer. A person who has been refused entry into Israel may submit an urgent request against the denial of entry decision. The success of the case depends on the reasons of the refusal to Israel and the time left for legal action.

What Can Be Done after Refusal of Entry into Israel If the Person Wants to Come Back?

If you have any questions regarding refusal of entry to Israel, any type of visa to Israel, immigration to Israel, or Israeli citizenship or residence, please contact us.