Who cannot marry in Israel? 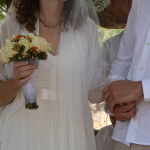 As we all know, there is no civil marriage in the State of Israel. Every Israeli Jew who wants to get married has to undergo an Orthodox religious ceremony in the rabbinate, which is subject to a large number of restrictions. The same applies to Christians, Muslims or any other religion – they are required to marry only in a religious ceremony, and not with anyone they want. In Israel a Jew can not marry a Christian, a Muslim cannot marry a Jew, a man another man, a woman another wife, a Cohen and a bastard, a Levi a divorcee, and so on. In addition, there are those who are registered as “religionless” in the Israeli Population Registry, who can enter into a spousal union only with another person who does not belong to any religious community.

If one of the restrictions applies, or the person simply does not wish to marry in a religious ceremony, the only solution is civil marriage outside of Israel. Like the vast majority of countries in the world, Israel recognizes marriages performed abroad as valid and legally binding, even if such marriages cannot be held in Israel.

The main problem with conducting civil marriages outside of Israel is the expenses involved. The cost of traveling abroad and living expenses until the wedding ceremony can be significant. If one of the spouses can not leave the country for any reason (for example, a stay of exit order, or if one of the spouses is an asylum seeker or without a residence permit), the possibilities are even more limited. Since the laws of the State of El Salvador allow spouses to marry without being physically present in the country, conducting the marriage in El Salvador allows you to save on expenses and receive a marriage certificate “without leaving home.” Most of the expenses come as payments to the lawyer who receives the power of attorney of the couple in order to be their “agent” for the purposes of marriage. The agent arranges the procedure and documents in El Salvador to receive a legally valid marriage certificate.

Another possibility of conducting a civil marriage abroad while saving time and expenses is marriage in Paraguay. Paraguay marriage requires a presence of at least one of the spouses, but the time it takes to receive a marriage certificate is short, and the resulting marriage is not subject to restrictions by the Israeli MoI (Ministry of Interior or in Hebrew Misrad Hapnim).

Does the Interior Ministry recognize marriage in El Salvador?

Yes, the states of Israel recognizes marriages conducted in El Salvador, but the Ministry of Interior imposed certain restrictions on said recognition. In 2011, High Court of Justice ruling 4916/04 forced the Ministry of the Interior to recognize El Salvador marriages, even if the marriage was conducted without the physical presence of the couple. But the Israeli Interior Ministry tends to interpret laws and legal precedents in a unique and creative manner. For the purpose of obtaining status in Israel, marriage in El Salvador is considered part of the cohabitation / common law partners track, rather than the official marriage track. This imposes certain restrictions on the couple. In addition, the Ministry of the Interior and the Population Authority tend to be more stringent than usual in regards to checking the authenticity of marriage documents from El Salvador, as well as the sincerity of the couple’s relationship. It is recommended that all those who wish to marry in El Salvador use professional legal services that will ensure the accuracy of the documents and the marriage certificate.

How does the process of marriage in El Salvador work?

The couple is contacted by a lawyer who specializes in the subject. The couple submits the required documents, including identity documents, power of attorney to the lawyer, and documents attesting to their availability for marriage. These documents are transferred to El Salvador and the attorney presents them to an official party (notary or town secretary) in the presence of witnesses. After examining the validity of the documents and having the witnesses sign, the official party issues a marriage protocol. Within a few days, the protocol passes to the registrar of family affairs, who issues an official marriage certificate. The marriage certificate must be authenticated with an Apostille stamp, sent to the Israeli spouses or the lawyers via a courier, translated into Hebrew with a notarized translation, and presented to the Ministry of the Interior or any other authority.

Contact Cohen, Decker, Pex and Brosh, attorneys in Petach Tikvah and Jerusalem for assistance in conducting civil marriages in El Salvador and Paraguay.