Marriage in Paraguay for Israeli citizens

Marriage and Paraguay – What’s are the advantages? 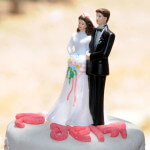 As we know, the State of Israel is Jewish and democratic, not secular. One aspect of the Jewish character of the state is the fact that there is no civil marriage in Israel. Any Israeli Jew who wants to legally arranged a marriage within Israel, has to do so in the rabbinate (or in the officially recognized religious authority of the religion to which he belongs). Paraguayan marriages are one type of civil marriage abroad officially recognized by the Ministry of the Interior, even if such marriages can not be conducted in Israel.

Who needs civil marriage in Israel?

Many Israeli citizens can not marry their chosen spouses in a religious ceremony. The most common reason is when both spouses are from different religious denominations, and the wedding can not take place unless one of them converts (a complicated procedure that takes a great deal of time even when someone who is willing to change their faith for the sake of love). Same-sex couples can not marry in a religious ceremony in Israel. Jews with the surname of Levi or Cohen cannot marry someone who has been divorced. Moreover, every religion in Israel has a wide variety of specific laws and precedents that may make it impossible for two loving partners to marry in Israel. There are, of course, many who do not want to marry in an Orthodox religious ceremony, even if they can do so. Moreover, Israel has hundreds of thousands of residents and citizens defined as “devoid of religion” who cannot marry within Israel because they do not belong to any recognized religious community.

Why a “Paraguay marriage” in particular? What’s special about Paraguay?

The speed and convenience of holding a ceremony in Paraguay is what attracts Israelis to conduct a civil marriage there. Until a few years ago, it was possible to obtain the status of a married couple in Paraguay “by proxy”, without leaving Israel. Both spouses would sign a power of attorney to a Paraguayan attorney, and he would arrange the relevant documents. At present, at least one of the partners has to come to Paraguay personally, but only requiring one partner still saves a great deal of expense in terms of flight costs, living expenses, and wasted time compared to marriage ceremonies that require both partners. Moreover, if one spouse cannot leave the country due to health problems, a stay of exit order, their lack of legal status in Israel, a marriage in Paraguay may be the only real possibility.

How is the procedure performed?

One of the spouses arrives in Paraguay with the required documents: a power of attorney from the other spouse, both to the first spouse and to the Paraguayan lawyer who arranges the marriage and identification documents. The Paraguayan lawyer can help book a place for the spouse to stay during the 3-4 days the procedure takes. After the ceremony, the bride /  groom returns to Israel with a notarized marriage certificate authenticated by Apostille stamp.

Presentation of Paraguay marriage certificate with the Ministry of the Interior in Israel.

The Ministry of the Interior requires that documents relating to marriage outside of Israel be presented with a Hebrew translation authenticated by a notary who speaks the language, completed with an apostille authentication as required by law. In addition, the original documents should include a marriage certificate + protocol (if marriage was held in the city hall) or a marriage contract on protocol paper (if a public notary conducted the marriage).

Contact the Petah Tikva and Jerusalem law firm of Cohen, Decker, Pex and Brosh for assistance in organizing a marriage in Paraguay and for registering a married status with the Ministry of the Interior.