The Portuguese Jewish community in Germany – Entitlement to Portugal Citizenship

The Portuguese Jewish community in Germany was initially concentrated in Hamburg, in northern Germany. It first numbered some 600 Jews, whose arrival helped breathe new life into the Hamburg economy. These Jews had connections with European royal houses in Spain, Portugal, Sweden, Poland, Lithuania, Denmark, and more. The community notables were known for their great wealth, talent in influencing the ruling powers, and high level of education. They rose to the top in almost every free / aristocratic enterprise to which they turned their hand.

Portuguese passport for descendants of the German Sephardic Jewish community

Descendants of the Portuguese Jewish community in Hamburg and throughout Germany are eligible for a Portuguese passport. Contact our law offices and make an appointment regarding obtaining Portuguese citizenship.

The Portuguese Jewish community in Germany: 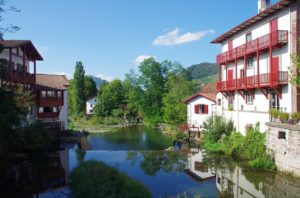 Iberian Jewish emigration to Hamburg began in 1590. Portuguese emigrants arrived in the area from the neighboring Antwerp and Amsterdam, then under control of the Dutch Republic. With the renewal of hostilities between the Spanish and the Dutch in the 80 Years War, part of the Portuguese Jewish community was forced to emigrate to Hamburg. This happened for two primary reasons: first, because of damage to the Jews’ trade business, which relied on exporting and importing to and from the Iberian Peninsula; and second, their being suspected of spying for the Spanish side, and their resulting fear of the Dutch authorities. As a result, some 120 Sephardi families and 50 Ashkenazi families came to live in Hamburg.

Persecution of Sephardi Jews in Germany

In the first 100 years of their settlement there, the Portuguese Jews in Germany were obligated to hide their religion because of the “Ban on Demonstrating the Despised Religion,” a law instituted by the local authorities in Hamburg. As a result, the Portuguese Jews were compelled to live as forced converts, as they had done in Portugal. Despite this, the German residents did not stop at merely relegating the Portuguese Jews to a low social status, but continued to complain to the authorities that they did not want to live next to Jews.

The German residents demanded the expulsion of the Portuguese Jews, repeatedly informing on them to the church priests, accusing them of religious or financial infractions (tax evasion). The clerics brought the residents’ accusations to the legislators at City Hall, who ruled that the Jews could stay.

However, their only reason for rejecting the residents’ claims and allowing the Portuguese Jewish community to remain in the city, was the economic benefit obtained from the high taxes levied on the Portuguese expellees. For example, at the beginning of the 17th century, a tax of some 1,000 marks was levied on the Jewish business owners. By the end of that century, the tax rate had gone up to as much as 6,000 marks. The Jews found themselves “drowning” in debt to the government, and some of them emigrated to other European countries as a result.

Economic success of the Portuguese Jews in Germany:

When the Portuguese forced-convert communities came to Hamburg, they adapted themselves well to the local and international market. Thanks to their excellent ties with Spain and Portugal, they were the first, and almost exclusive, importers of commodities such as sugar, tobacco, spices, cotton, coffee, grain, olive oil, and even arms arriving from the far-flung Spanish and Portuguese colonies. Jews were the founders of “Hamburg Bank” in 1619; official ambassadors of the Swedish, Polish, and Portuguese kingdoms; authors, doctors, astronomers, shipbuilders, and craftsmen in weaving, metalworking, etc.

The Jewish expellees had a particular advantage which enabled them to climb the German social ladder and become a social elite in Hamburg: their command of the Spanish and Portuguese languages, which were the most potentially valuable in business during this period. The Portuguese Jewish immigrants contributed greatly to trade in Hamburg and eventually became the undisputed leaders in this sector. Before 1611 three synagogues were built in Hamburg, in memory of the three Portuguese communities that united into one community which became known as Beit Yisrael (House of Israel).

Thank you to Mr. Jonathan Gavrielov for his help in writing this article and the other articles on Spanish and Portuguese expellee communities around the world.

The law offices of Cohen, Decker, Pex, Brosh have over 30 years of experience in the field of immigration. The office maintains ties with the Portuguese Jewish community in Lisbon and in Porto, who provide the recommendation letter required to establish eligibility for a Portuguese passport.

We will be happy to perform an immediate eligibility check for you. Call us to set up an appointment with an attorney in Petach Tikvah or Jerusalem.