Spanish Jewish expellees in Romania were known for their great wealth, as well as their extraordinary philanthropy. They served as advisors in the courts of Romanian kings and nobles. This community stood out, as early as the 18th century, for its leadership in local culture and Jewish spiritual life.

The law offices of Cohen, Decker, Pex & Brosh specialize in obtaining Portuguese citizenship for descendants of Spanish Jewish expellees in Romania. Not many know that Romania was home to one of the largest expellee communities in Europe. If your parents are of Romanian descent, you may be eligible to receive a Portuguese passport, thereby becoming a citizen of a member state of the European Union.

Possible forms of proof for Jews of Romanian descent to obtain a Portuguese passport: 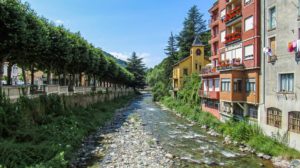 Jews expelled from Spain first settled in Romania in 1496. They accompanied Spanish merchants from Istanbul, Vienna, Tirano (Italy), and other places. These merchants came to trade with the Moldova and Wallachia provinces, located in present-day Romania. The Spanish merchants themselves resided in temporary housing while they were conducting their business.

Spanish Jews’ settlement in Romania can be divided into two distinct periods. In the first period, from 1496 – 1730, the Sephardic community flowed from Nikopol, Thessaloniki, Sarajevo, Istanbul, and Izmir, and gradually established a settlement with Sephardic traditions in Romania. In the second period, starting in 1730, the Spanish Jewish community received official recognition. The local community continued to expand until the eve of World War II. This article will focus on the second, more significant period. At this time, the Romanian community of Spanish Jews was embraced even by the princes and later presidents of Romania.

Spanish Jews in Romania from 1730 and after

In 1730, the Spanish Jewish community was officially established in Bucharest, under the name “All Sephardim in Bucharest”. This Jewish community was one of the richest in Europe, numbering some 7,000 members on the eve of World War II. Most of the population were well-off, occupying a variety of prestigious positions such as doctors, merchants, stockbrokers, bankers, landowners, moneychangers, industrialists, attorneys, actors, journalists, opera singers, and many more. The Sephardic Jewish communities considered themselves superior to the Ashkenazi Jews who arrived from Poland and Germany over the years. The Ashkenazi Jews, for their part, viewed the Sephardic Jews as more secular and less spiritual and faithful to their religion.

Ashkenazi Jews in Romania worked in manual labor. Sephardic Jews, by contrast, dealt in trade and other wide-ranging professions. In the words of the Ashkenazi author Aharon Yehuda Leib Horowitz, “The Sephardic Jews here (in Bucharest) have not yet learned the value of physical labor which sustains those who work in it, and most of them make their living only from trade”.

Following a dispute over ritual slaughter that broke out between Sephardic and Ashkenazi Jews in 1850, relations between them deteriorated. The two communities grew alienated from each other over time. Well-known public figures tried to make peace between the community leaders, among them Armand Levi, the French publicist, and Adolphe Cremieux, the French Minister of Justice, but with no success.

Economic and political contribution of expellee communities in Romania

Heads of state, princes, and Romanian provincial rulers enjoyed financial support, loans, and financial counseling from the Sephardic Jews, who were viewed as patriots and philanthropists for their financial contributions to educational, cultural, and charitable institutions. Ashkenazi Jews, meanwhile, kept their distance from Romanian society and institutions. In the written literature, moreover, they were described as “friendly and loved by their Polish brethren who were breaching the borders.”

Among the wealthy Sephardic Jews in Romania, the banking families, with their connections to local princes and Turkish viziers, stood out. These families included the Bally family, headed by Davicion Bally, who served as the first president of the Bucharest Jewish community and as advisor to the prince of Wallachia; the Manoach family, of which Hillel Manoach was court banker for the Wallachian princes and the state of Romania; the Halfon family, owners of the “Halfon Bank”; the Elias family, owner of the “General Bank of Romania”, which was the second-largest bank in Romania; the Asher family, who established “Bank of Bucharest”; and many others.

The list of rabbis of the “All Sephardim in Bucharest” community included respected public figures such as Rabbi Haim Bejarano, among the founders of the Chovevei Zion movement; Rabbi Jacob Itzhak Niemirower, Chief Rabbi of Romania, theologian, historian, philosopher, member of the Romanian Senate for over 40 years, and avid supporter of Zionism; Rabbi Joseph Haim Brezis; Abraham Ventura; Rabbi Moses Isaac Almoli; and others.

Thank you to Mr. Jonathan Gavrielov for researching and writing this article on Spanish Jewish expellees in Romania, and additional articles on Spanish and Portuguese Jews and their expellee communities.

Contact an attorney regarding emigration to Spain and Portugal

The law offices of Cohen, Decker, Pex & Brosh work with with leading genealogists. We can assist you in finding an official genealogical document proving Spanish or Portuguese roots in your family.

For an initial consultation regarding eligibility for a Portuguese passport, call: