What can be done if a foreign citizen seeks Israeli legal status on the basis of a relationship with an Israeli, but was married in the country of origin and has not yet obtained a divorce? Clearly, if the foreign partner is still legally married, this will cause problems in obtaining legal status in Israel. It may even be impossible for the foreign partner to obtain Israeli status until the divorce has been obtained. To help you understand how to avoid such a situation, attorney Joshua Pex from our office, a specialist in Israeli immigration law, discusses the issue of a foreign partner of Israeli not yet divorced in this article.

The law offices of Cohen, Decker, Pex, Brosh, in Jerusalem and Tel Aviv, provide their clients with legal representation and comprehensive legal solutions. Our office has extensive experience in arranging Israeli legal status for couples, including the complex case of a foreign partner who was previously married and has not yet obtained a divorce. 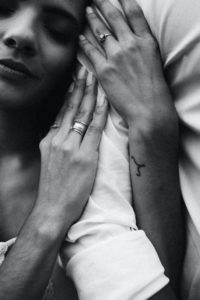 Many couples face difficulty in obtaining Israeli legal status for a foreign spouse because said spouse was previously married and has not yet obtained a divorce. This hampers their ability to obtain Israeli legal status. This issue is particularly prevalent among foreign partners coming from the Philippines, as we have explained in detail in this article on the subject.

In the Philippines, as a Catholic country, married couples are not legally allowed to divorce. Besides the Philippines, there are other countries in which obtaining a divorce poses legal difficulties. Moreover, there are situations in which returning to the country of origin poses danger to the foreign partner, thus making them unable to arrange the divorce. This may apply, for example, to an asylum seeker who has applied for refugee status under the refugee convention.

Why are actions to dissolve a foreign partner’s previous marriage critical for obtaining legal status?

The stages of this procedure extend over about 7 years (compared to 5 years for married couples). The first stage in the process is to file an application with the Interior Ministry. During the application stage, the couple will be required to present themselves, and they will also need to produce various documents and answer questions regarding their backgrounds.

If the documents show that the foreign partner is still married, the regulations require proof that he or she has done everything possible to dissolve the marriage in the country of origin. To this end, the foreign partner may even be given a visa enabling travel to the country of origin in order to deal with the issue and then return to Israel. As a rule, the foreign partner’s declaration of their actions is not adequate proof. They must provide original, trustworthy documents showing legal actions taken, as well as demonstrating the need to leave Israel and return.

Courts insist on actions to dissolve the previous marriage

The Appeals Court in Tel Aviv heard an appeal by a foreign citizen from Turkey who had a child with an Israeli partner. Yet, Interior Ministry officials found out that he was still registered as married in Turkey, and even had children from that marriage. The Interior Ministry had refused to arrange legal status for him, and his appeal of this decision was rejected, in part, because he had not proven that he had taken action to dissolve his marriage in Turkey. The court accordingly concluded that his center of life in Israel could not be assumed to be more significant than his previous family ties in Turkey.

In another case that came before the Administrative Affairs Court, a foreign partner appealed a refusal to grant Israeli legal status. This appeal was rejected, in part because the partner from the Philippines had presented a falsified divorce certificate. Needless to say, therefore, that the courts and the authorities will treat the presentation of non-credible documents with the utmost severity, and an application for legal status can be rejected on these grounds alone. The above court rulings show the importance of taking sincere steps to nullify the foreign marriage license and proving real intention to establish a relationship in Israel.

In summary, the foreign partner who is still registered as married in the country of origin must take action to change this situation. If that is not possible, the foreign citizen must prove that he has acted and is acting to the best of his ability to dissolve the marriage in the country of origin. Various legal difficulties may arise in this context, and it is essential to act according to the law. If you have run into trouble with this issue, or need counsel or answers to your legal questions, we will be happy to help. The Cohen, Decker, Pex, Brosh law offices, in Jerusalem and Tel Aviv, specialize in Israeli immigration law and arranging legal status for foreign citizens, and we have experience helping couples in which the foreign partner is not yet divorced in the country of origin.