Many couples with one Israeli and one Filippino spouse wish to live together in Israel. This is partly because of the economic and trade ties between Israel and the Philippines, as well as the many Philippine nursing caretakers residing in Israel. In this article, attorney Joshua Pex, a specialist on immigration to Israel from our office, explains the unique aspects of filing a joint-life application and arranging legal status for Filippino spouses.

The law offices of Cohen, Decker, Pex, Brosh, in Jerusalem and Tel Aviv, specialize in the area of Israeli immigration law. Our office has extensive experience in arranging legal status for foreign spouses, including those from the Philippines, and representing them before administrative and judicial courts.

Reasons for the many relationships between Israelis and Philippina/os. 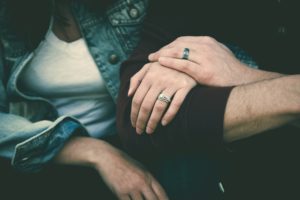 A significant portion of the  legal status for foreign spouses applications submitted in Israel come from couples in which one spouse is from the Phillipines. One possible reason is that residents of the Philippines do not need a visa to visit Israel; in contrast to their neighboring countries in East Asia, such as Thailand, Vietnam, and Indonesia. This reflects, in part, the warm relations between Israel and the Philippines. The two countries cooperate in a variety of areas, including economy and trade.

But probable main reason for the large number of couples in which the man is Israeli and the woman from the Philippines, is the large number of nursing caretakers from the Philippines residing in Israel. There are over 30,000 such caretakers, mostly foreign workers, who take care of the elderly and the disabled. Foreign nursing caretakers can reside in Israel for many years. In many cases the work is carried out in the family’s home. During this time, it is natural that friendships and even romantic relationships are formed. This situation frequently develops despite Interior Ministry policy which tries to prevent such relationships for foreign nursing caretakers.

How can a spouse from the Philippines obtain legal status in Israel?

Arranging legal status for a spouse from the Philippines is generally done in the same way as for a foreign spouse from any other country. In this matter, there are differences between arranging status for married couples and common-law couples. In both cases, the first stage is for the foreign spouse to file a joint-life application with the Interior Ministry.

The foreign spouse must appear in person if present in Israel; present various documents (for detailed information, see this article); and answer questions regarding personal background. After that, the couple goes through an interview to clarify the sincerity of their relationship. If they meet the conditions set out by the Population and Immigration Authority regulations regarding married couples and common-law couples, they can move on to the gradual process, and gradually establish permanent residence in Israel.

Legal difficulty of divorcing in the Philippines

A common difficulty with arranging legal status for a spouse from the Philippines concerns previous marriage. The Philippines is a strictly Catholic country. Philippine law, influenced by religious concerns, does not permit divorce. In this situation, a couple seeking to arrange legal status in Israel has two options.

First, living as a common-law couple; The foreign spouse can obtain legal status in Israel under the regulation applying to common-law couples. The regulation requires proof that the woman did everything in her power to dissolve her previous marriage. In certain cases, the woman can ask a Philippine court to declare her and her husband to be separated. This declaration does not nullify her status as married, but it can help her obtain legal status in Israel. The couple must understand that in this situation, they cannot get married; rather, they are registered as a common-law couple, and accordingly the woman cannot acquire Israeli citizenship on the basis of marriage.

For any legal question or assistance in arranging legal status in Israel and filing a joint-life application for a Philippine spouse, you can contact our office and we will be happy to help. The law offices of Cohen, Decker, Pex, Brosh, specialize in immigration to Israel and arranging legal status for foreign spouses, with proven professional experience in assisting many couples.