Aliyah to Israel with mental illness – Ministry of Interior Barriers

Aliyah to Israel with mental illness – what are the arguments for and against it? The law offices of Cohen, Decker, Pex, Brosh specialize in Aliyah and immigration to Israel. In recent years we’ve seen an increase in the number of clients whose process of immigration is delayed or refused due to a history of medical or mental problems. We’ve fought and helped Olim with mental disability gain the right to make Aliyah to Israel. Others are still trying to obtain citizenship the land of Israel which is meant to be their place of refuge.

Michael Decker, a partner in our firm, will explain the legal basis for refusing Aliyah applications for people with mental disabilities. The practical reasons for refusal of immigration to Israel are often due to stereotypes that shall also be addressed. Finally, this article will discuss the arguments for and against Aliyah to Israel with mental illness and immigration to Israel for people with medical problems.

Aliyah to Israel with mental illness – what does the Law of Return say?

The Law of Return, 1950, is the basis on which the legal infrastructure of Aliyah to Israel is based. The Law of Return allows every Jew (and since 1970, every child or grandchild of a Jew and spouses of those entitled to make Aliyah) to immigrate to Israel and receive citizenship.

However, section 2 (b) (2) of the Law of Return states that: “An immigrant visa shall be given to any Jew who has expressed his desire to settle in Israel, unless the Minister of the Interior has reason to believe … the applicant may endanger public health or the security of the State.”

As can be seen from the above, the application of a Jew, or a family member of a Jew entitled to return, who has all the documents and prove their entitlement to immigration to Israel under the Law of Return, may be rejected. Interior Ministry officials are empowered to reject the request if they believe the candidate is “liable to endanger public health.”

Aliyah to Israel for those suffering from an illness

The above section of the Law of Return, is rarely implemented in official immigration policy or court rulings. We can’t point to make official stances preventing Olim from immigrating to Israel if they are ill, including malignant diseases.

Every year, sick Jews, and family members of Jews make their Aliyah to Israel based on the Law of Return. Many of these new immigrants also benefit from national health insurance for their illness.

Illegal discrimination against immigrants with a “mental history”

Recently, our office has encountered dozens of cases wherein Aliyah for mentally ill Jews and family members of Jews was denied solely due to a history of psychological issues.

The language of section 2 (b) (2) of the Law of Return describes an extreme scenario in which the aforesaid immigrant suffers from a contagious disease that could lead to an outbreak of a real epidemic (similar to the black plague which struck Asia and Europe between 1347-1351 and killed tens of millions of people). 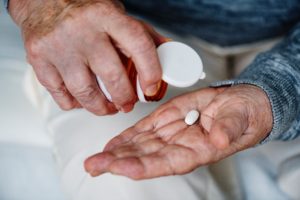 It should be noted that section 2 (b) (2) was added to the original version of the Law of Return, as it came into force in 1950. The addition was made in a period during which Olim came to Israel from many different countries around the world. At the time there was a reasonable and genuine fear of the Israeli public being exposed to diseases to which the local population had no immunity. It would therefore be logical to conclude that Section 2 (b) (2) of the Law of Return, which specifically refers to entitled persons with a disease that “may endanger public health,” was added for this reason.

In light of the above, our position is that any rejection of an application for immigration and Israeli citizenship under the Law of Return by the Ministry of the Interior – the Population and Immigration Authority – on the basis of a disease that does not endanger public health (even if it is a malignant disease that places a burden on the health budget of the Israel National Health Insurance) constitutes a decision that is given without absolute authority and without any legal and / or judicial basis, Therefore, any decision of this kind must be nullified.

This conduct of the Ministry of the Interior is a violation of the Equal Rights for Persons with Disabilities Law, 1998. Any applicant who is denied public services due to being mentally disabled is entitled to compensation on this basis.

The law offices of Cohen, Decker, Pex, Brosh represent clients who were denied legal status in Israel. We specialize in getting the right of Aliyah for people who have mental disabilities, a criminal record, and more. Contact an Israeli lawyer in Jerusalem or Petah Tikva for legal assistance and advice from an expert.