Are you interested in making aliyah to Israel, but don’t know if you have the right documents?

In this article, Advocate Joshua Pex, Israeli immigration lawyer at Cohen, Decker, Pex & Brosh law firm in Israel will give advice on the issue. This article will address the documents required by the Israeli Ministry of Interior (Misrad HaPanim) in order to submit a request for aliyah according to the 1950 Law of Return and successfully complete the process of making aliyah to Israel.

Law and Ministry of Interior Procedure

The first article of the Law of Return states that “any Jew is eligible to make aliyah to Israel” and thus receive Israeli citizenship. The law, however, says nothing about how one will actually prove being Jewish or demonstrate their Jewish heritage. The Israeli Ministry of Interior procedure on making aliyah to Israel has a list of documents required in order to submit the aliyah application.

The Ministry of Interior procedure does not have a specific list of documents that a person making aliyah to Israel will need to submit. Any document proving religious affiliation is acceptable, such as a Jewish marriage certificate (called ketubah in Hebrew), bar mitzvah certificate, proof of burial of parents or grandparents in a Jewish cemetery, membership in a synagogue, membership in Jewish organizations, and any other document which can show a person, or any of their parents and grandparents, are Jewish. Also, the Ministry of Interior clerks will require a person making aliyah to Israel to submit a letter from a rabbi or from another Jewish organization for endorsement of the aliyah request.

Other than that, another important document required of anyone who is making aliyah to Israel is a document called “no criminal record certificate.” This police clearance is acquired from the police department (the FBI for example) to show that the aliyah applicant and future Israeli citizen has no criminal background and will not be a threat to the public in Israel.

Authentication of the Documents

If you have questions about making aliyah to Israel or immigration to Israel, please contact us. 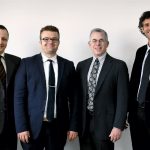 Starting a Business in Israel as a Foreigner

Visa to Israel for UK Citizens

How to Get Visa to Israel