Age differences between spouses are likely to complicate and delay the process of legalizing the status of a foreign spouse in Israel. This is mainly due to the Interior Ministry officials’ perception that a significant relationship age gap between spouses is likely to indicate that their union is not genuine. What options are available to such couples? Tal Ofir, a lawyer specializing in immigration to Israel, will explain below.

The law firm Cohen, Decker, Pex & Brosh specializes in the field of immigration to Israel. Our office has vast professional experience accompanying couples throughout the process of legalizing the status of foreign spouses and of representing them before the Interior Ministry and the administrative and judicial courts. 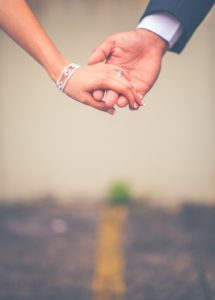 Why are age differences likely to complicate or prevent the legalization of the status of foreign spouses?

Legalizing the status of foreign spouses in Israel, whether united in marriage or by a civil union, involves the examination of several basic conditions. This includes checking that the spouse does not have an injunction in place against them due to a criminal history or security reasons, that the couple lives together in Israel and that their relationship is genuine. The last condition is the most important. The Interior Ministry conducts a long series of interviews in order to verify that the relationship was not faked so that the foreign spouse can gain legal status in Israel.

Any issue that may raise a “red flag” among Interior Ministry officials and cause them to think that a relationship is fictitious is likely to tip the scales and result in a refusal to legalize the status of the couple in Israel. A striking example of this is where an age difference exists. Even though there are many couples with age differences of ten years or more in genuine unions, our experience shows that it almost automatically arouses suspicion among Interior Ministry officials.

How can Interior Ministry officials’ suspicion that a relationship is fictitious be overcome?

In addition to this, it is recommended to provide evidence that your relationship is genuine. Such evidence may be documents relating to a shared residence, photos and documentation proving the length and seriousness of your relationship. However, you should take into account the possibility that even if you provide such evidence, applications for status legalization are likely to be rejected due to age differences and the subjective impression that the relationship is not genuine.

In this regard, it is important to know that the decision to reject an application is not set in stone. It is always possible to file an appeal against the Interior Ministry’s decision, as explained in another article that we published regarding appealable Interior Ministry decisions.

In a number of administrative court rulings that dealt with the rejection of status legalization requests, it was stressed that an age difference cannot constitute the only indication that a partnership is not genuine. For example, the Jerusalem Administrative Court judged the case of a couple where the Israeli partner was born in 1936 and his Nepalese spouse was born in 1970. The spouse worked as a care worker in Israel and during time in Israel, met her husband, who is divorced with two daughters. They subsequently moved in together.

When the couple tried to legalize the woman’s status, they received a refusal due to the impression that their relationship was not genuine, among other things due to the age difference between them. The court overturned the refusal and determined that an age difference can at most be an auxiliary indication of a non-genuine relationship. However, a general statement on the issue is not sufficient and evidence to that effect is required.

In another judgment, an appeal of a couple with a 40-year age difference was granted. The couple met when the Israeli partner, who works in the diamond industry, was living in Belgium. They arrived in Israel and when they sought to legalize their status by way of a civil union, they were refused. The court overturned the refusal, and stressed that even though the couple’s relationship deviates from accepted conventions, sensitivity and caution should be exercised to prevent injury or harm to a genuine couple despite no wrongdoing on their part.

If you have legal questions or need assistance on anything to do with the status legalization process, we would love to help. The law firm Cohen, Decker, Pex & Brosh, located in Jerusalem and in Tel Aviv, specializes in immigration law and is experienced in representing foreign spouses in status legalization proceedings, including in cases where an age difference exists. 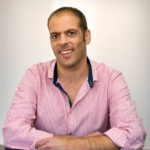