If the foreign partner of an Israeli has a criminal record, this may be a barrier to arranging legal status in Israel. A spouse’s criminal is a complex issue which has been brought up more than once in Israeli courts. In this article, attorney Michael Decker discusses the subject in detail, describing the couple’s legal options when a criminal record is recorded in the foreign partner’s certificate of good conduct.

The law offices of Cohen, Decker, Pex, Brosh, in Jerusalem and Tel Aviv, specialize in the area of Israeli immigration law. Our office has extensive experience in arranging Israeli legal status for foreign partners (including cases in which they have a criminal record) and representing them before the Population and Immigration Authority of the Interior Ministry, as well as before administrative and judicial courts. We handle issues of immigration to Israel, citizenship, and visas, including appeals of Interior Ministry decisions.

A foreign citizen married to or in a relationship with an Israeli must arrange his or her personal status with the Interior Ministry, as legislated by the Citizenship Law. This is a process that takes a few years and involves several stages. In the first stage, the couple submits a joint-life application. You can find detailed information on differences in the process for married couples or common law couples in other articles on our website. 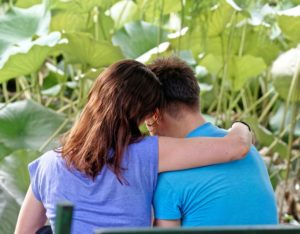 There is no doubt that a criminal record of one of the partners may be considered such an impediment. Both partners are required to present various documents (which are prerequisites for filing the application), including a certificate of good conduct or an official document from their country of origin regarding their criminal record or lack thereof. The State of Israel, justifiably, does not want to bring in and grant temporary or permanent status to foreign citizens who may represent a danger to the public, or engage in criminal activities in the country.

How the Population and Immigration Authority reaches its decision

When the Israeli partner has a criminal record, the joint-life application will only rarely be refused on these grounds. The situation differs, however, if the foreign partner’s criminal past is at issue. Interior Ministry regulations are based on the assumption that a marriage or a romantic relationship is not enough on its own to grant a foreign partner the right to settle in Israel. The authorities will approve the absorption of the foreign partner only if it is proven that he or she does not pose a danger to the State of Israel or its citizens. Each case is considered on its own merits, but a foreign partner’s involvement in criminal activity is likely to lead to a refusal to accept the joint-life application.

The decision is based on the evaluation of the foreign partner’s criminal record by law-enforcement bodies (police and others). In cases where the application is rejected due to pending criminal proceedings in the applicant’s country of origin, Interior Ministry regulations state that the couple can reapply when and if the proceedings are closed. Note that the official bodies’ opinion constitutes a recommendation only; the final decision is left up to the Population and Immigration Authority. Sometimes submitting additional documents, such as a document indicating a change in circumstances, may prevent rejection of the application.

How can the decision be appealed?

If a joint-life application is refused on the grounds that the foreign partner has a criminal record, the couple can file an internal appeal of the decision, and eventually bring it to the appeals court if necessary. An appeals court decision can in turn be appealed to the district court, sitting as an administrative affairs court. A study of court and appeals court rulings shows that when hearing appeals, the courts closely examine the crimes of which the foreign partner has been convicted.

When the crimes are not serious enough to endanger the Israeli public, this may be cause for the court to intervene in the Interior Ministry’s decision and change it, or send the case back to be reviewed again. For example, possession of drugs for personal use is not the same as assault (though, as noted, each case is evaluated on its own merits). In addition, sometimes irregularities in legal processes may lead to intervention in the decision. Thus, for example, if the Interior Ministry did not seek any opinion from the Israeli police, this constitutes a deviation from Interior Ministry regulations and most likely will lead to changing the decision.

The summary we have presented here is a general one, based on familiarity with the issue and the experience our office has acquired in representing and assisting foreign partners of Israelis (including those with criminal records) in processes with the Interior Ministry and various courts. If you would like to file a family unification application for a married couple, or a joint-life application for a common law couple, or have encountered difficulties in filing the application, our office is available to answer any question or offer assistance.