How is the status of married couples in Israel regulated when one of them is a foreign citizen?

The Ministry of the Interior has established a procedure that details the guidelines on this subject. It is a lengthy process which involves presenting various documents and dealing with a lot of bureaucracy. In this article, a lawyer for married couples will explain the first step in the procedure: the opening of a family unification file with the Population and Immigration Authority of the Ministry of the Interior.

The law firm of Cohen, Decker, Pex and Brosh has branches in Jerusalem and Tel Aviv, and specializes in immigration law. Our firm has extensive experience arranging the legal status of couples with a foreign spouse and representing them before all administrative and legal courts.

Israeli law generally only permits couples to be married under the conditions of religious law. Despite calls over the years for a change in the legal situation, civil marriages in Israel have not yet been allowed. As a result, many couples who cannot legally marry in Israel are forced to hold civil ceremonies abroad and then register their marriage in Israel. This is especially common among couples with different religious affiliations or couples in which one of the spouses is a foreign citizen. For couples who want to get married not in accordance with religious law, a civil marriage outside the country is the only viable option. You can read more about the issue of civil marriage abroad, including single-party marriage, in our article about Paraguayan marriage.

For couples where one of the spouses is a foreign citizen, civil marriage in a foreign country is only the beginning when it comes to the regulation of their legal status in Israel. This is because the Citizenship Law does not automatically grant Israeli citizenship to foreign citizens, even when they are married to Israelis. However, the law does open the possibility of naturalization, contingent on the Ministry of the Interior’s procedure on the subject. The procedure establishes a process that lasts about 5 years, at the end of which the foreign spouse will be able to obtain Israeli citizenship. 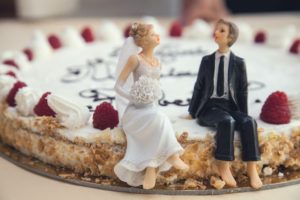 There are cases where the purpose of the foreign spouse’s entry into Israel is purely for a brief visit. You can read more about inviting foreign spouses from abroad for a tourist visit in this article on our website.

The coupe must present a series of documents at the time of opening the file. Read more about the specifics in this article. As part of the procedure, the couple will be identified and the foreign spouse will be asked to present a foreign passport that is valid for two years.  In addition, the couple’s marriage certificate will be examined, and it will be determined whether there are any legal or security restrictions that would impede on the stay of the foreign spouse in Israel.

What Happens After the File is Opened?

If the foreign spouse is outside Israel, the Israeli spouse must apply for an entry permit on their behalf, as part of the application to open the file.  The Ministry of the Interior emphasizes that even if approval is granted, this only applies to the initial stages of opening the file, and not to entering the tiered procedure, which is a more advanced stage of the process of regulating the status of the foreign spouse.

The procedure and the bureaucracy surrounding the regulation of legal status for married couples one of whom is a foreign citizen is complex. It requires compliance with the rules and a commitment to seeing the process through. Our firm specializes in complex immigration matters, including spousal legal status in Israel. We would be happy to assist you with any matter or question that you may have.