The following article is written by Michael Decker, an Israeli attorney specializing in immigration to Israel in the law offices of Cohen, Decker, Pex, Brosh. In it, he surveys the possible ways to obtain legal status for foreign spouses of Israeli citizens or permanent residents.

Procedures for obtaining legal status for foreign spouses in Israel:

Previously, the regulation for legal status of foreign common-law spouses did not apply to permanent residents. For a very long time, permanent residents did not have the right to confer legal status in Israel to their spouses without a duly verified marriage certificate. However, attorneys Joshua Pex and Michael Decker, of the law offices Cohen, Decker, Pex, Brosh, changed this situation with a procedural appeal against a ruling by the Appellate Committee for foreigners (which existed before the establishment of the Appeals Tribunal).

In procedural appeal 25821-03-10, Salima Jackson v. the Ministry of the Interior, it was ruled that permanent residents must also be allowed to obtain legal status for their spouses, even without a duly verified marriage certificate (that is, even for common-law foreign spouses of Israeli residents).

The regulation regarding friendship visas for foreign common-law spouses of Israeli citizens or permanent residents applies to same-sex couples. 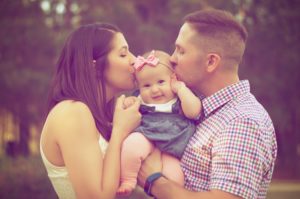 In this regard, one must remember that if a same-sex couple are legally married outside of Israel, and hold a marriage certificate with an apostille stamp, or in accordance with Supreme Court ruling 5075-15, Gay Dads Association v. The Minister of the Interior, the length of the progressive process will be comparable to that described for obtaining a spousal visa for the foreign spouse of an Israeli citizen. Accordingly, a same-sex spouse of an Israeli citizen will receive a B/1 work visa for six months, then temporary resident status 5/A for 4 years, and finally will be able to become a naturalized citizen according to Section 5 of the Citizenship Act, 5712 – 1952.

There is clearly discrimination against same-sex married couples, as opposed to heterosexual married couples; a foreign same-sex spouse married to an Israeli citizen will need to obtain citizenship according to Section 5 of the Citizenship Act (which requires giving up any other citizenship, something which not every citizen of a first-world country is willing to do). In contrast, a foreign heterosexual spouse married to an Israeli citizen can obtain citizenship under Section 7 of that law (and can therefore hold on to other citizenships).

Is it possible to start a common-law marriage application when the couple is in Israel?

It is possible to open a common-law marriage file when both partners are residing in Israel, or via an official invitation when the foreign spouse is not in Israel.

If both partners are already in Israel, according to Supreme Court ruling 3648/97, Stamka et al v. Minister of the Interior et al, the Population Authority is forbidden to require the foreign partner to leave the country.

More on the subject in the following video:

General documents required to obtain legal status for a foreign spouse in Israel:

The documents required for most of the above processes and regulations are as follows:

Note that all official documents require an apostille stamp, and need to be translated into Hebrew via a notary who speaks the relevant language.

Summary – Contact an attorney who specializes in emigration to Israel:

The law office of Cohen, Decker, Pex, Brosh specializes in immigration and legal status in Israel. At any given time, we represent hundreds of couples who seek to obtain legal status for foreign spouses with the Population Authority. We will be happy to answer any questions or provide clarification regarding the above issues.

To make an appointment with an expert immigration lawyer, you are invited to contact us.