How to Become an Israeli Citizen

This article, “How to become an Israeli citizen” addresses the 5 main ways to do so. The Israeli Ministry of Interior (MOI) regulates all procedures regarding citizenship and immigration (aliyah) to Israel.

How to Become an Israeli Citizen – 5 Main Ways 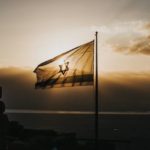 The main way for people to gain Israeli citizenship is through immigration. Israel’s citizenship rules revolve around the 1950 Law of Return, which allows Jews and children and grandchildren of Jews to obtain citizenship relatively quickly.

Any child that is born to an Israeli parent (mother or father) is entitled to Israeli citizenship by birth, which is determined by the Israeli Nationality Law. At the same time, this can be complicated if the child’s parents were neither married nor living together at the time of the child’s birth. In these cases, the Israeli Ministry of Interior will likely demand more evidence if, for example, the father is Israeli and the mother is not. This evidence will usually include a DNA test.

Children adopted by an Israeli parent can also receive Israeli citizenship. You can read more about de facto adoption and citizenship in our article on the topic.

Permanent residents of Israel who are not citizens can obtain citizenship through naturalization if: 1) they live in Israel, 2) they can prove their center of life is in Israel (i.e., living in the country for the past 3 out of 5 years), 3) are recognized as permanent residents of Israel, 4) live or wish to settle in Israel, 5) know some Hebrew, and 6) renounce previous nationalities when they become an Israeli citizen.

If a foreign citizen, including non-Jews, is married to an Israeli citizen, they are permitted to apply for citizenship under a naturalization process. This citizenship is gradually granted to the foreigner over a five year (at minimum) process.

If a Jewish person wishes to make aliyah with a non-Jewish spouse, they are permitted to do so. We discuss this further in an article addressing recently married couples and other family members who are non-Jewish descendants. Israeli courts have also ruled in favor of couples who are not legally married but who have lived together as husband and wife, granting permanent residency to the non-Israeli.

5. Citizenship through a Ministry of Interior decision

Cohen, Decker, Pex & Brosh law offices have over 30 years of experience in Israeli immigration law. Advocate Michael Decker would be happy to help with all your immigration needs.  Please contact us if you desire assistance with Israeli citizenship.