Drunk driving – The Complete Guide for Those About to be Prosecuted

Drunk driving is one of the most serious offenses that can be committed on the road, with the exception of fatal road accidents and fleeing the scene of an accident without rendering aid. There is a permissible amount of alcohol a driver may consume (detailed below), but it is important to emphasize that in the mere act of driving after drinking alcohol there is a danger.

The Israeli authorities treat drunk driving with high severity, since this is a situation into which the driver has voluntarily and consciously put himself. Another reason for the law’s serious treatment of drunk driving is that, according to statistics, this is the main cause of fatal road accidents in Israel.

In our firm you will find transport law experts who can advise those who have violated these laws in one form or another, such as driving without a license or causing an accident. In this article we expand on the components of the offense, its consequences, and how a lawyer can assist those suspected of this offense.

What Exactly is the Legal Definition of Drunk Driving?

Contrary to popular belief, a drunk person is not only someone who is overtly unable to control his behavior, nor necessarily someone who sways while walking toward his vehicle. The definition of the term is highly technical and, in fact, most drivers who are caught driving drunk are unaware they fit within this definition.

So who is actually defined as a drunk driver by law?

And Now for the Interesting Part – The Punishment:

Section 39A of the Road Transport Ordinance stipulates the penalty for the offense (among other things) as suspension of the driver’s license for a period of no less than two years. And if the driver has already been convicted of this offense in the past year, his license will be suspended for a period of no less than four years. It is important to remember that the court is empowered to order suspension for a shorter period given the circumstances of the case – hence the great importance of a quality lawyer!

How Can the Police Know If You Are Drunk? 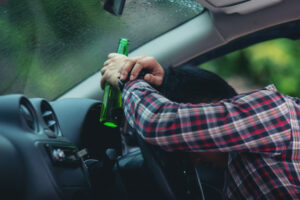 The police have a number of means and ways of revealing the degree of drunkenness of a driver or, in other words – the level of alcohol concentration in his blood. Among the means used by the police is the breathalyzer, which tests the level of alcohol in a driver’s blood and is, in fact, the main device used in the struggle against drunk driving.

There are a number of conditions that a driver is required to meet in order for the court to be able to rely on the result shown by the device. Among other things, the driver must not eat, drink, vomit, or put anything into his mouth before the test. If the driver meets these conditions, the operator of the breathalyzer will instruct him to blow into the tube of the device and check whether the amount of alcohol in his blood exceeds the allowable concentration.

A less effective but much more accurate means is the blood test, which can detect even drug residues in a person’s body. These tests are considered to be the most reliable but, due to their inefficiency and the time they require, they are rarely used.

Another means used by the police is the characteristics test – a performance test used after the driver fails the breathalyzer test. As part of this test, the driver goes through a cognitive operational test that includes relatively simple physical tasks, which give police officers a general impression as to the driver’s condition.

The performance test usually consists of three tests: The first – standing with eyes closed for 30 seconds to check the driver’s stability. The second – walking in a straight line, with hands at the sides of the body, in successive steps. The third – touching the nose with the fingers of the right/left hand, with the head tilted back, at the request of the policeman.

In this regard, we emphasize again that the performance test is an additional step used after the driver fails the breathalyzer test, and merely passing it successfully will not necessarily be to the driver’s advantage. In any case – it is important to cooperate with the police, since non-cooperation is not accepted well by the court.

When Can a Police Officer Require a Driver to Undergo These Tests?

A “reasonable suspicion” can be any unusual behavior on the road – speeding or driving too slowly, swerving between lanes, and more. The term is open to broad interpretation.

Is It Possible to Refuse to Be Tested?

Obviously no police officer will physically force a person to undergo a test. But, at the same time, in this matter the law is on the side of the police, and refusing to be tested is a transport offense in itself, for which the punishment is not easy – imprisonment for one year or a fine of ten thousand NIS, and disqualification from driving for a period of two years by court decision. The law practically creates a presumption of drunkenness, according to which those who refuse to be tested are actually considered drunk even without a need for any tests to prove their physical condition.

There may, of course, be physical conditions and background illnesses that will prevent a driver from undergoing the test, such as respiratory illnesses that make it difficult to exhale a sufficient amount of air, and even a severe cough. But let it be clear – from the moment the police officer indicates on the form that the driver refused to cooperate and be tested, the burden of proof of why the test was not performed is on the driver. In this case, too, the great importance of having a professional lawyer who specializes in the field is evident, since such a lawyer will know how to meet the burden of proof required to acquit the client of his refusal to be tested.

Is It Possible to Refuse to Be Tested Due to COVID-19 Concerns?

At present, an increasing number of drivers are explaining to police officers that they are afraid to undergo testing due to the rising prevalence of the coronavirus. Recent court decisions show that this excuse is not particularly convincing and, hence, it should be avoided.

Can a Lawyer Be Consulted in Real Time?

Despite the great importance of real-time lawyer advice, and although a person usually has the right to consult a lawyer when he is suspected of an offense – when suspected of drunk driving, this right is limited to a short phone call, because the delay may render the test useless.

What Should You Do If You Are Caught Driving Drunk?

Drunk driving is one of the most serious offenses mentioned in the Road Transport Ordinance. In recent years, the punishments used by the courts grew harsher. Along with criminal registration, suspension or revocation of a driver’s license, and fines, drunk driving may even result in actual imprisonment. It is therefore advisable to be legally represented from the beginning of the proceedings. The Cohen, Decker, Pex & Brosh law firm has professional lawyers who are well versed in transport law and have decades of experience. 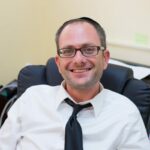