Spanish Jews (Sephardic) expellees in Jamaica found a refuge for Jewish communities fleeing Spain and Portugal. For dozens, even hundreds, of years after the expulsion from Spain, waves of Sephardic Jewish communities from all around Europe and the Americas continued to arrive in Jamaica, greatly contributing to the development of the island and its economy. A large number of descendants of the Jews from Jamaica are descendants of Anusim (Marrano) Jews, or Spanish deportees, and thus eligible to receive a Portuguese passport.

Advantages of a European Passport

Expulsion from Spain and Arrival of Jews to the New World 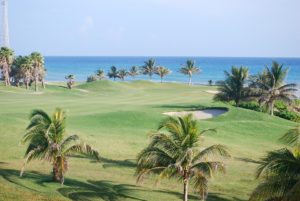 The Alhambra Decree, or the Granada Decree, is the name given to the royal edict that was given throughout Spain on March 31, 1492, given by the King of Aragon Ferdinand and his wife, the Queen of Castile, Isabella. This edict ordered the expulsion of all Jewish subjects who refused to convert to Christianity.

At the same time when the Jews were leaving Spain, Columbus arrived to the island of Hispaniola (which today is the Dominican Republic and Haiti) on the Caribbean coast, and discovered a new continent. Two years later he dropped anchor in Hispaniola, accompanied by other ships, and he took it over. His next destination was Jamaica Island, which by the early 16th century had already become a Spanish colony by his son Diego Colón (the Spanish rendering of the name Columbus).

With the growth of the Spanish imperial settlement in South America, the settlement of the Anusim grew on the Iberian Peninsula. Tens of thousands of Anusim lived in Portugal with the constant fear of the Inquisition and their sadistic tortures. When the Anusim saw that the influence of the Church was increasing amongst the citizens of the country that had alienated them, they petitioned the marquis of Jamaica who permitted them to settle on the island because of them being “Conversos” – “New Christians.”

The Jewish settlements in Jamaica were comprised almost exclusively of Anusim from Portugal, thus it was quickly suspected that all the Portuguese in the Spanish settlement were Jews concealing their identity. Unlike all the Spanish colonies throughout the Americas, Europe, and Africa, in Jamaica the marquises from the Columbus dynasty chose not help the Inquisition. Even though they knew that the Conversos were observant Jews, the ruling governor decided not to interfere in their lives. There are speculations that perhaps this was because Christopher Columbus may have been of Jewish origin.

There were a few hundred Anusim in Jamaica, amongst whom there were surnames such as: Cardozo, Fonseca, Nuñez Gomez, Bravo, and more. There are not many details about the lives of the Anusim, because the locals did not differentiate them from amongst the Christian population. In 1655, an upheaval began when the British forces came to the island and took it over.

Under the English conquest, the Jews were permitted to openly observe their religion. The English often claimed that the Jews and the converted Jews were instrumental in the invasion of Jamaica against Spanish forces. From British archives one can find Jewish names of Spanish origin of people who assisted in the conquest of the island. Among them are: Simon de Caceres – an informant from Amsterdam who aided in important military information for English raids in an operation to attack Spanish coastal cities. The main navigator in the invasion operation was Captain Compo Sabata. Another converted Jew, Dacosta, led the headquarters and supplies for the English battalions. After the English defeated the Spanish army, all the Spanish residents moved to Cuba while all the Portuguese residents remained.

From this point, Jewish immigration began amongst the descendants of Jews expelled from Spain, who began to come to Jamaica from neighboring countries, including Western Europe. First, there were these Portuguese communities from Holland, and afterwards the Marrano Jews came from Bordeaux and Bayonne in France, as well as Recife in Brazil, Suriname, French Guiana, British Guiana, and the Dutch island of Curaçao.

The coastal city Port Royal was the main home of the Jews. The congregation functioned under the leadership of Dutch – Portuguese Rabbi Josiah Pardo. However, in June 1692, a tsunami hit the city’s shores. 2,000 people were killed, 22 of them Jews. The tsunami, accompanied by an earthquake, destroyed the city and left no trace of human life, not even renovation or reestablishment. As a result, the Jews migrated to the rest of Jamaica’s cities, such as: Montego Bay, Savanna-la-Mar (“Spanish Town”), Kingston the capital, and others. In 1704 two synagogues were built: “Neve Shalom” in “Spanish Town” and “Shaare Shamayim” in Kingston.

Jews of Jamaica in the Economic Life of the Island

At the beginning of the 18th century there were already many Jews firmly rooted in the trade business, and especially in the business of sugar, cacao, black pepper, vanilla, and so forth. In fact, the Jews created a monopoly on the spicy pepper, as well as vanilla. Historian Edward Long, born in Jamaica and contemporary, wrote in his book History of Jamaica: “The Jews knowledge of foreign languages and intercourse with their brethren, dispersed over the Spanish and West Indian colonies, have contributed greatly to extend trade and increase the wealth of the island.” Additionally and astonishingly, among the Sephardic Jews there were dozens, maybe even hundreds, of pirates who were hired by the British in order to rob Spanish ships that carried gold, silk, porcelain, silver, and embroidered fabrics.

Towards the end of the 18th century, the alienation of Spanish Jews arose from local English merchants who implored the authorities to reduce the Jewish trade activity in Jamaica. As a result, the Jews suffered from high taxation that continued to soar, becoming the highest in the Caribbean. Even though taxes were high, the Jews still remained on the island and continued to operate in trade. The attitude of the English authorities was relatively tolerant compared to other European colonies. However, even though they had more rights than the local “colored population” the Jews did not have the same rights as the English settlers. Full equal rights came in the 19th century following the declaration of emancipation in Western European countries.

Thanks to Mr. Jonathan Gavrielov for his research and for writing this article, as well as others.

The office of Cohen, Decker, Pex & Brosh helps the family of expellees acquire a Portuguese passport. If you have evidence that your ancestors were expelled, contact our immigration lawyers in Jerusalem or Petach Tikva for legal advice and genealogical help. We would be happy to check your eligibility. Contact us through one of these numbers: