A foreign spouse who wishes to obtain legal status in Israel often encounters difficulties in the process, due to being denied entry into Israel. There may be various reasons for this, and accordingly there are various ways to solve the difficulties that arise. This article, written by lawyer Michael Decker, an expert on immigration to Israel, explains how to arrange legal status for spouses who are denied entry into Israel.

For legal questions and issues concerning immigration to Israel, you can contact the Cohen, Decker, Pex & Brosh law firm in Jerusalem and Tel Aviv. The firm’s lawyers have extensive professional experience in assisting couples throughout the stages of arranging the legal status of the foreign spouse, and in representing them before all administrative and legal courts. 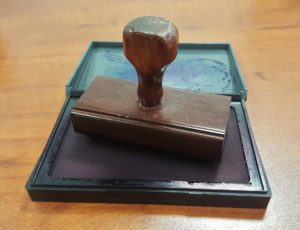 Is the Passport of a Person Who Is Denied Entry into Israel Stamped with a Black Stamp?

The Entry into Israel Law grants broad authority to restrict the entry of foreign citizens into Israel in various cases. The state authorities act in various ways to prevent the entry and stay of foreign citizens illegally in Israel. Nowadays, this is not done by physically stamping the foreign passports, but usually by registration in the internal records of the Ministry of Interior.

When tourists and foreign citizens arrive in Israel, they are “profiled” in various ways, and their entry may be denied due to various suspicions about them. Entry is usually denied for fear of an intention to illegally work and settle in Israel, but sometimes foreign spouses are denied entry because they have not obtained legal status as required. The Israeli policy is that foreign citizens do not automatically have a right to settle in Israel. This goes for foreign spouses, as well.

What Can Be Done if Entry Is Denied?

The best way for a spouse to avoid being denied entry into Israel is to be invited by their Israeli spouse, in accordance with the relevant legal procedures (for married couples or spouses in a common-law marriage). If this is not done, and the spouse’s entry was denied upon arrival in Israel, an urgent appeal may be filed following the decision to deny entry. The Interior Ministry Appeals Court has the authority to delay the removal from Israel of the spouse whose entry was denied. However, this solution is intended for extreme cases only, since the Appeals Court does not always intervene in the decision to deny entry. Therefore, the best thing to do is to enter through the legal procedure of being invited ahead of time by the Israeli spouse. Denied entry certainly makes it difficult for foreign spouses to obtain legal status, but it is important to remember that refusal of entry in and of itself does not deny the right to family life in Israel. Therefore, if the couple manages to prove a sincere genuine relationship and meets all the conditions set by the Ministry of Interior, the denial of entry will be canceled and the couple will have the opportunity to live together in Israel.

What Can Be Done if Legal Status Is Not Granted, Due to a Past Denial of Entry?

The Tel Aviv Administrative Court heard a case of a couple of Ukrainian descent, in which the husband had Israeli citizenship. The couple was previously married in Ukraine, divorced and, after many years, remarried. After that, the wife arrived in Israel and the couple wished to arrange the wife’s legal status. Her legal status was denied, mainly due to the fact that she had previously been denied entry into Israel.

Contact a Lawyer Specializing in Obtaining Legal Status in Israel

The information presented above illustrates how important it is to invite foreign spouses to Israel ahead of time, in accordance with the relevant regulations, especially when the foreign spouse has a black stamp (denied entry). It is highly recommended that this be done with the assistance of a lawyer who has expert knowledge and experience in immigration to Israel, in order to prevent undesirable and irreversible results regarding the legal status of the spouse. For any question or issue on the topic, you can contact the Cohen, Decker, Pex & Brosh law offices in Jerusalem and Tel Aviv. A lawyer from our firm will be happy to assist you.