Did you know that if an Israeli wants to live in Israel with a foreign partner who has minor children from a previous relationship, the couple must be married? And did you know that the second parent of the minor children must be given the opportunity to oppose the request for the children’s immigration/naturalization? Arranging legal status in Israel for minors from a previous relationship, together with their foreign parent, is a complex procedure. In this article, an expert immigration attorney will explain what is essential to know before embarking on such a procedure.

The law offices of Cohen, Decker, Pex, Brosh specialize in immigration law and obtaining legal status for foreign citizens through the Interior Ministry. This includes extensive experience in obtaining Israeli legal status for foreign spouses and their minor children, representing them before the Population Registry of the Interior Ministry as well as administrative and judicial courts. 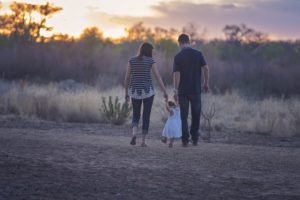 As we explained in another article on our site, obtaining legal status for foreign spouses themselves is possible even if the couple is not married, but live together as a common-law couple. And yet, to arrange legal status for minor children, the couple must be married and in possession of a marriage certificate. To that end, mixed-faith couples generally need to get married outside of Israel, in a country that allows such marriages (for example, Cyprus), or get married in a country which issues a marriage license long-distance (for example, El Salvador or Paraguay). This solution is relevant, for example, for mixed-faith couples who met in Israel.

What documents are required when applying for legal status for accompanying minors?

When submitting a joint-life application, the parent must present an original birth certificate, authenticated and, if necessary, translated, and a foreign passport for each minor (valid for at least two years ahead). In addition, an original public certificate, authenticated and, if necessary, translated, must be presented to show the current address of the second parent of the minor(s) to receive their permission for the immigration of the minor. If the second parent resides in Israel and his or her address is verified in the Interior Ministry system, certification of the address is not required.

If the foreign spouse claims that the second parent is no longer alive, he or she must prove the claim by presenting an authenticated death certificate. If the foreign spouse has sole custody of the minor(s), additional proof is required: the spouse must present an original court ruling, authenticated and, if necessary, translated, or a divorce decree approved by a foreign court, demonstrating his or her sole custody.

Interior Ministry regulations on this issue mandate that the mother or father of minors from a previous relationship be given the opportunity to oppose the minors’ immigration to and/or naturalization in Israel. This, of course, is only in the case that the second parent is alive, and that the parents have joint custody of the children. After the joint-life application has been submitted and the above documents regarding the minors have been submitted, the second parent will be given a period of 6 months to submit a statement of opposition. During this period, the minors will be granted a 6-month visitor visa. If no opposition is raised during this period, it will be considered that the second parent has agreed to the emigration and naturalization of the minors.

If the second parent raises opposition within this 6-month period, the minors will not be allowed to upgrade their status, and they will be forced to leave Israel upon the expiration of the visas they are holding. If opposition is made only to the minors’ naturalization, the minors will not be allowed to be naturalized, and they will be given residence visas only (assuming they meet the other legal requirements for such visas). The minors will most likely be able to be naturalized in the future, when they reach the age of 18.

In addition to the above documents, when a minor is over 15 years old, the foreign spouse will be required to prove that the minor was in his or her charge (both legally and in practice) for at least two years before the application was submitted. For a minor over 16, a certificate of good conduct (lack of a criminal record) from the country of origin will also be required. For a minor over the age of 17.5 on the date the couple submits the joint-life application, legal status will be subject to approval by the head of the visa department at Population and Immigration Authority headquarters.

In summary, Israeli legal status for foreign minors from a previous relationship is possible for mixed-faith couples only if they are married. This is a complex procedure demanding careful attention to many rules, and it is highly recommended to seek assistance from an expert attorney before submitting the application. The law offices of Cohen, Decker, Pex, Brosh have extensive experience in arranging legal status for mixed couples, including couples with minor children from a previous relationship. Contact us and we will be happy to help you too.