Millions of Israelis are entitled to European citizenship due to their family origins. This means that they may become citizens of the European Union and enjoy its many benefits. But what exactly are the advantages of an EU passport and are there any disadvantages?

The Cohen, Decker, Pex & Brosh immigration law firm in Tel Aviv and Jerusalem specializes in arranging foreign citizenships such as Romanian, Bulgarian, Polish, Hungarian, and more. Using the help of our skilled staff increases the chances of obtaining citizenship and may even significantly reduce the time of treatment. 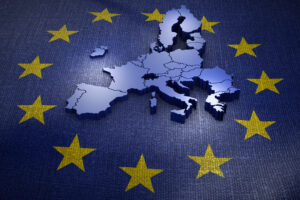 The European Union has been recently expanding, with more and more new countries becoming EU members. Today, most European countries are recognized as full EU members, and their citizens enjoy a variety of top quality benefits that do not exist elsewhere. This article presents the great advantages of being an EU citizen, alongside the varying disadvantages that exist between certain citizenships.

European Citizenship Benefits – What does a European passport provide?

There are differences between EU countries in the conditions under which citizenship may be obtained. In other words, there are countries whose constitution is different from others, making it more difficult to obtain citizenship.

At the same time, there are differences in passport rights between countries. Here is a summary of several disadvantages that are worth noting, arranged by countries:

Over time, our firm has handled thousands of applications for foreign citizenship. For more information and an initial check for the eligibilities mentioned, please contact us through the numbers listed at the bottom of the page or via the listed e-mail address.