In 2011, the Greek parliament enacted new legal regulations entitled “Rehabilitation of Holocaust Victims who Formerly Held Greek Citizenship”. This allowed Jews of Greek descent who had lost their citizenship in the past, due to circumstances beyond their control, to regain citizenship. These regulations were enacted with the intention of reconnecting Jews with Greece. They provide the possibity of obtaining Greek citizenship for Israelis of Greek descent, and Jews from different countries.

At the Cohen, Decker, Pex and Brosh Law Office, you can find a Greek citizenship lawyer. Our office submits applications for Israelis and Jews who are descendants of Greek citizens. If you have Greek ancestors, there is a large chance that you are entitled to a Greek-European passport. If so, we can help you through the process of obtaining it. Our firm has many years of professional experience in the field of European citizenship. Additionally, applicants who are eligible for Greek citizenship will most likely also be eligible for a Portuguese passport.

What does the new law allow? 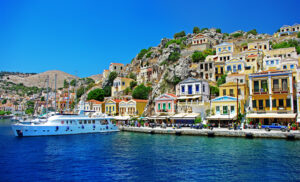 In its original version, the law referred to former Greek citizens, who were born before 1945, and not their descendants. Given this phrasing, it can be understood that the number of those eligible for Greek European citizenship was very limited.

Following a new directive issued in 2017, Jewish descendants of Greeks will be able to regain Greek citizenship under a particular procedure. This option is granted even if the Greek connection is through only one of the applicant’s parents and regardless of the applicant’s current nationality. This provision contributes to the overall goal of restoring a historical injustice and expanding the applicability of the law.

It was only at the beginning of 2018 that the Greek Ministry of Interior issued a regulation relevant to the law. Together with the regulation, it introduced the requirement for the necessary documents that are supposed to be submitted to the consular offices in Greece. We can see that today, this law has become extremely relevant. The necessary documents relate to the Greek citizenship of the applicant’s ancestors, the nation state (citizenship) of the applicant and their connection to the former Greek citizen.

The Procedure – Greek Citizenship for Israelis

After submitting the documents, an interview will be held at the Greek Consulate. In this interview the candidate will be required to prove that he is connected to Greece, Greek history and Greek culture. After the interview, the official department of the Greek Ministry of Interior, which resides in Athens, will consider the application. This procedure will be much faster than the procedure used in citizenship cases. The estimated time for processing applications is expected to be about a year to a year and a half from the time the documents are submitted. Submitting an application does not require a high financial cost.

Obtaining Greek citizenship for Israelis and Jews around the Cohen, Decker, Pex and Brosh law offices. Our firm has over twenty years of experience in the field of immigration and has already helped thousands of Israelis obtain various European citizenships. Obtaining European citizenship is our exclusive specialty. Contact us for more legal information.