This article addresses child abduction law in Israel and its reliance on the Hague Convention. 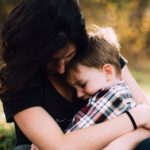 When Is There A Case of Child Abduction

Child abduction most often happens when parents who are separating or divorced take their children to another country without the permission of their current or former spouse (or more specifically, the person with whom they share child custody).  There are two categories for this, first when a child is moved from one country to a second one (“removal”) and second, when a child is taken to another country and is not returned (“retention”).

The Hague Convention and Child Abduction Law in Israel

According to the Hague Convention, there are two primary conditions that must be met in order for a case to be considered “child abduction.”  First, the child has to be resident in a particular country in order to be considered “abducted” from it. For example, one case of child abduction that we see often is when children who are living in Israel are taken by one of their parents abroad, often for a holiday or to visit family in another country.  If a parent then decides that they will not return their child to Israel, where their current or former spouse lives, this can be considered child abduction.

Second, in order for this to be considered child abduction, moving the child has to violate the other parent or guardian’s custody rights.  This means, for example, that, a case where a father takes his children abroad without the agreement of the children’s mother or guardian, is only considered abduction if the mother also shares custody of the child and she never agreed to let her children be taken abroad.  This only applies if she has custody rights she has implemented prior to the children being taken; if she has visitation rights only, but she never uses them, then this will weaken her case for the return of the children.

It is important to note that if a parent or guardian who shares custody of the child agreed to their child’s removal or retention before or after the event, the court may not order a return of the children.

If your child has been abducted, it is important to ensure that you take legal steps quickly.  If over a year has passed since the child was taken from the country they resided previously, you can still make your case and have your children returned, but the parent in the country abroad can argue that the child is being uprooted from the new country.  If a child is considered to be at risk in their home environment (for example, they faced domestic violence by a parent), then a court may not order the child’s return. Additionally, if a child is older (generally a teenager), then a child’s desires can be taken into account, and if they prefer not to return, the court can take this into consideration.

This article is one in a longer series on child abduction in Israel.  For more information on what steps you should take if your child is abducted, how to choose a child abduction lawyer, and more, click on the relevant links.