Nonprofit Law and an Amuta’s Institutions

Israeli nonprofit law requires that three institutions be present in every Israeli amuta: a General Assembly, an Executive Board and an Audit Committee.

This Series of Posts on Nonprofit Law 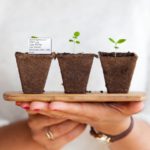 Israel’s Amutot Law defines an amuta as “a corporate body established by two or more persons for a lawful purpose that is not aimed at the distribution of profits to its members and whose main objective is not the making of profits.”  From this definition, 1) an amuta is not allowed to distribute profits, 2) an amuta must be engaged in activities that promote the goals of the amuta, and 3) membership is personal and nontransferable.

While an amuta may have multiple institutions, according to standard by-laws, every amuta in Israel must have a minimum of the following three institutions: a General Assembly, an Executive Board and an Audit Committee.

Members of the Amuta

The Executive Board is the institution charged with managing the amuta’s affairs.  It must have a minimum of two members and has the authority to enforce decisions of the General Assembly, deal with annual budgets and ensure proper financial management of the amuta.

The Audit Committee (or Audit Body) is elected by the General Assembly and must have a minimum of two members who help ensure proper financial management of the organization.  Beyond its responsibilities in ensuring proper management of the economic affairs of the amuta, it also ensures that the amuta is acting according to its own objectives.