The Israeli Nonprofit Organization and the Executive Board

There are three mandatory institutions of any nonprofit organization in Israel, and this article will address the institution of the Executive Board.

Cohen, Decker, Pex & Brosh law firm has experience in a variety of fields, including Israeli NGO law (or Israeli nonprofit organization law).  This article is one in a long series focusing on nonprofits or charitable organizations (an amutah in singular and amutot in plural) in Israel.  This series addresses rules and regulations to help you effectively manage your nonprofit organization.

For more information on the Israeli Corporations Authority which oversees Israeli nonprofit organizations, see the government website.  For more articles from an Israeli lawyer and legal advice for Israeli nonprofit organizations related to the topic of this article, see our articles about the three mandatory institutions of an amutah, the General Assembly and the Audit Committee.

Background Information and Your Nonprofit Organization

Every amutah in Israel is required to have a minimum of the following three institutions: a General Assembly, an Executive Board and an Audit Committee.  In order to request more institutions, the amutah must discuss this in its by-laws and have it approved by the Registrar of Amutot. 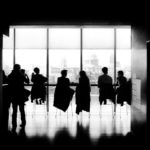 This article will discuss the second institution as well as its roles and responsibilities.

The Executive Board is the institution responsible for managing the amutah’s affairs and has the authority to make decisions that are not already specified in the law, by-laws of the amutah or designated to the other institutions of the amutah.

Payment for Board Members

The law clearly states that Executive Board members may not receive payment for their services to the amutah other than for their position as members of the board.  This means that an Executive Board member may not be an employee or provide contractual services to the amutah.  They can only be reimbursed for their expenses and participation in the board meetings, although there are also specific regulations regarding these funds.

The Authority of the Board

Signatories for the Nonprofit Organization